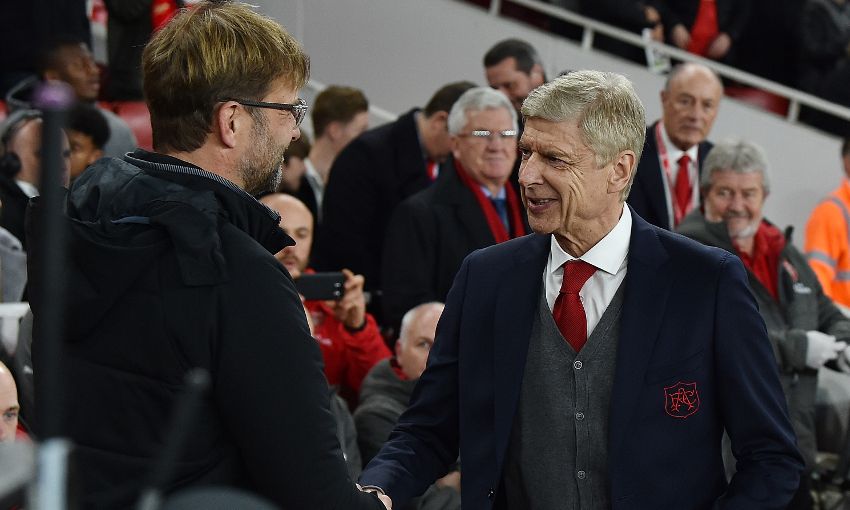 Jürgen Klopp has articulated his enduring admiration and respect for Arsene Wenger after the Arsenal manager announced he will leave his post at the end of the season.

Wenger revealed on Friday that 2017-18 is to be his final campaign in charge of the Gunners after 22 years with the London club.

Shortly after that news broke, Klopp faced the media to preview Liverpool’s trip to West Bromwich Albion on Saturday and the Reds’ boss spoke in glowing terms about a man he labelled an ‘influencer’ and a ‘role model’.

“First of all, I heard it when I came in this morning. I was surprised but it’s his decision, first of all we have to respect that and I have no problem with respecting that,” Klopp said.

“Today we could probably say he was, and is still, an influencer in football. He has a fantastic career, outstanding personality, [he’s] just a really big player in that business. We usually change overnight and he was there for so long, 22 years - that’s long!

“[He has been] very, very successful, that’s how it is. Maybe in the last few months not everybody was happy anymore about this or that result, but that’s normal and part of the business. But he always developed teams, brought fantastic players in, was a dominating guy in the mid-90s, early 2000s when he was really winning pretty much everything and played wonderful football.

“I admired his work always, it was always brilliant. Since I’ve been in England it’s a little bit different because now we have to challenge them, of course, but from Germany he was always a big, big role model in that job.

“It will be different without him. I’m not sure if he steps back at Arsenal or he will go to another club - he looks quite fit, obviously, and he enjoyed the job I think, even in the last few years, so maybe he will go somewhere else.

“But from my side I wish him all the best, and hopefully I can meet him at one point again and tell him that in a personal talk.”