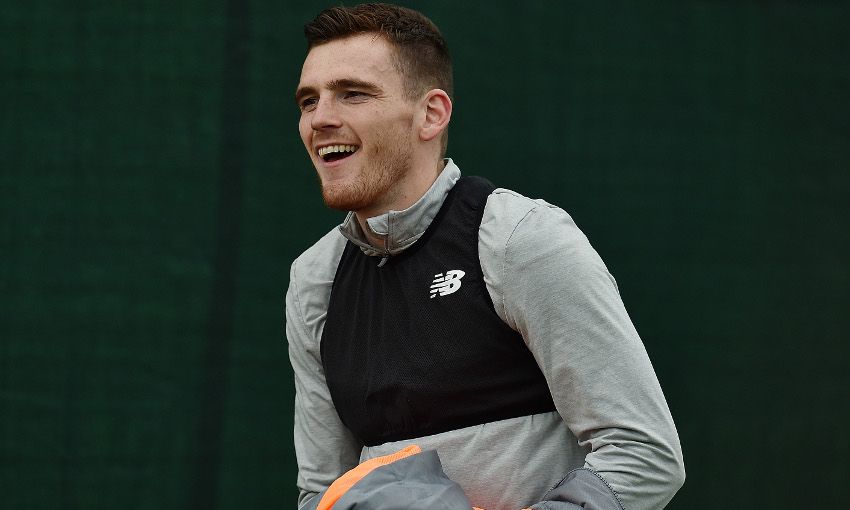 Andy Robertson is confident Liverpool possess the necessary defensive depth to cope with the absence of injured duo Joel Matip and Joe Gomez.

It was confirmed on Tuesday that Matip is likely to require season-ending surgery on a thigh injury he sustained during the weekend win over Crystal Palace.

Gomez, meanwhile, remains sidelined by the ankle problem he suffered while representing England during the international break.

But Robertson is upbeat about the options still at Jürgen Klopp's disposal, particularly with Nathaniel Clyne back in the fold after a lengthy absence.

"There are still a lot of options," he told Liverpoolfc.com.

"It was great to see Clyney back on the bench for the first time this season and I'm sure he's fit and raring to go.

"Trent [Alexander-Arnold] has played a lot of games this season, him and Joe [Gomez] have rotated, so he's not short of match fitness.

"[Klavan] has had a bit of an injury and [wasn't] well a couple of months ago, but he's back training. We still have the options and it's up to the manager what options he goes for."

Robertson is hopeful of being part of the defensive unit tasked with keeping Manchester City's formidable frontline quiet in the first leg of the sides' Champions League quarter-final tie this evening.

Although the Scot acknowledged the difficulty of the job at hand, he is determined to provide his attacking colleagues with a platform to win the tie.

"Two clean sheets would be lovely then we know worst case scenario it's going to extra time!" he added.

"Of course, every game we go out and try and keep a clean sheet but we know how hard it's going to be against a world-class team in Manchester City.

"That's got to be the aim and if we can do that then we've got a right good chance of winning the game because we know if we create chances we've got the people up top that can put them away.

"If they do that and we do our jobs then hopefully we've got a lead going into next week."