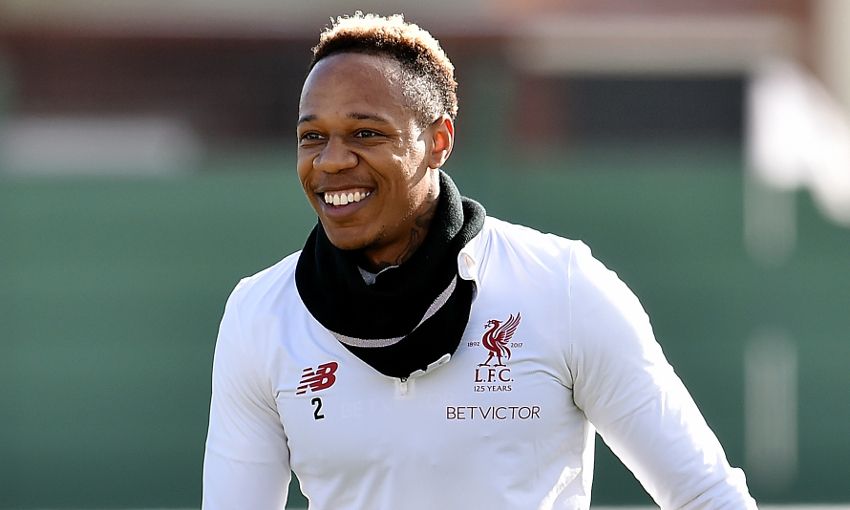 Nathaniel Clyne's return to fitness has given Jürgen Klopp a decision to make for Wednesday night's Champions League clash with Manchester City.

The right-back was part of a Liverpool matchday squad for the first time this season last weekend, remaining on the bench during the 2-1 win over Crystal Palace.

Asked if Clyne is in contention for selection at the moment, Klopp told Liverpoolfc.com: “Of course.

“The only problem we have is that Clyney has been a long time without football; he had games with the U23s but not all week or whatever, it was in the last one or two months.

“Physically, he is fit – but he has no football rhythm, to be honest.

“It’s a very special game tomorrow night and a very demanding opponent, especially for defenders. It’s a decision I have to make. We have enough options in this position, at least, and that’s good. Hopefully it stays like that.”

Emre Can missed the Premier League game at Selhurst Park on Saturday due to the back issue which forced his withdrawal against Watford before the international break.

And the first leg of the quarter-final with City is likely to come too soon for the midfielder.

“He has a training session this afternoon, but even when we could need him really, we cannot rush it. That’s how it is. There is no chance,” added Klopp.

“I’m always open to wait for better news but I don’t expect it, to be 100 per cent honest. It could be not enough time for tomorrow night, but maybe then Everton or Tuesday. It should not be too long. But talking about tomorrow, I don’t think so.”

Liverpool were dealt a double injury blow after the victory over Palace, with both Adam Lallana and Joel Matip facing spells on the sidelines.

Klopp was already without the likes of Joe Gomez and Ragnar Klavan – but insisted on an upbeat perspective for the massive meeting with City.

“I always took [things] in my life like it is. There is always a moment when you get information and that is not the best moment,” he said.

“But when you have the information you can deal with it – and I dealt with it already. It was two days ago I knew these two boys [Lallana and Matip] would be out.

“As long as we have 11 we will always start and be a challenge. It’s of course not cool but nobody needs to worry about my spirits, I’m completely fine. We’ll have a really good line-up if nothing else happens and we’ll be ready.”