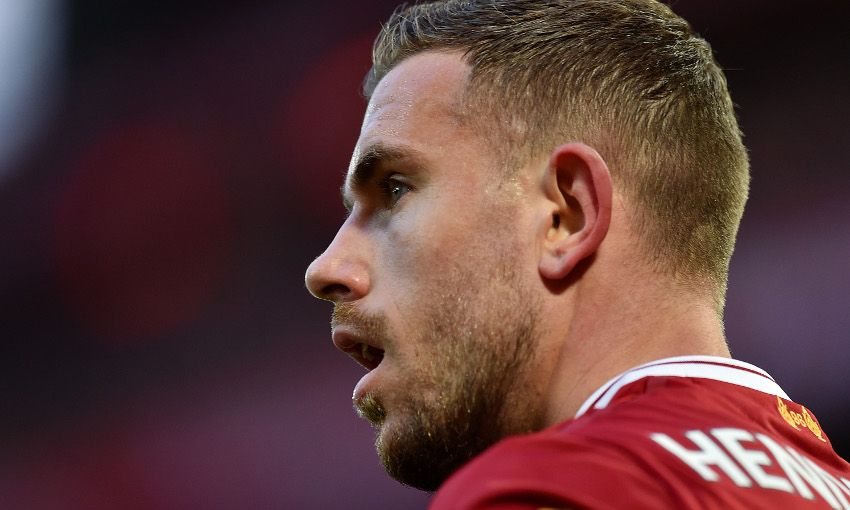 Jordan Henderson hailed 'a great reaction' from his Liverpool teammates after they quickly exorcised the ghosts of last week's defeat to Manchester United by thrashing Watford 5-0.

The Reds bounced back from their Old Trafford disappointment in style at Anfield, with Mohamed Salah scoring four times and Roberto Firmino chipping in with another.

And, though the hosts' captain was able to pick out some faults with the performance at full-time, he was largely pleased with what he saw.

He told Liverpoolfc.com: "It was a great reaction from last week and we scored some really good goals.

"I still think at times we were a little bit sloppy, especially first half, we were giving the ball away a little bit too much in a five/10-minute period.

"But for the majority of the game I thought we controlled it really well and scored some fantastic goals and always looked dangerous going forward.

"It was important to bounce back [from] last week but also some other teams weren't playing so it's important to get three points on the board, especially before we go away on internationals."

Inevitably, Henderson also paid tribute to Salah, whose hunger for goals was not sated after he clocked up his first ever hat-trick for the club against the Hornets.

The Egyptian has now netted 36 goals in all competitions this term - 28 of those coming in the Premier League - much to the delight of his skipper.

Henderson added: "He's been fantastic and he was outstanding again.

"He's scored some brilliant goals and his work-rate off the ball [was good] as well, like I keep saying. I thought it was a good team performance but he was outstanding.

"[The front three have] got a great relationship together and they've scored some fantastic goals.

"But, as I keep saying, it's [also] the work-rate off the ball, the movement for each other to create the space and I think they do that fantastically well.

"And then it doesn't matter who scores as long as we get the results."

In shutting out Watford at Anfield, Jürgen Klopp's team made it 13 clean sheets in 31 league fixtures this season.

Reflecting on that fact, Henderson said: "It's very important for us as a team and I thought we defended really well.

"[There were] a couple of last-ditch tackles toward the end from Joel [Matip] that were brilliant.

"We defended really well and we need to continue that if we're going to achieve something this season."

The England midfielder also clocked up a personal milestone during yesterday's game - the 200th Premier League appearance of his Liverpool career.

He continued: "It has been some journey and I feel as though I always try to improve as a player.

"I feel as though we're going in the right direction with a fantastic manager and I'm really excited for what the future holds.

"I just want to keep contributing to the team."