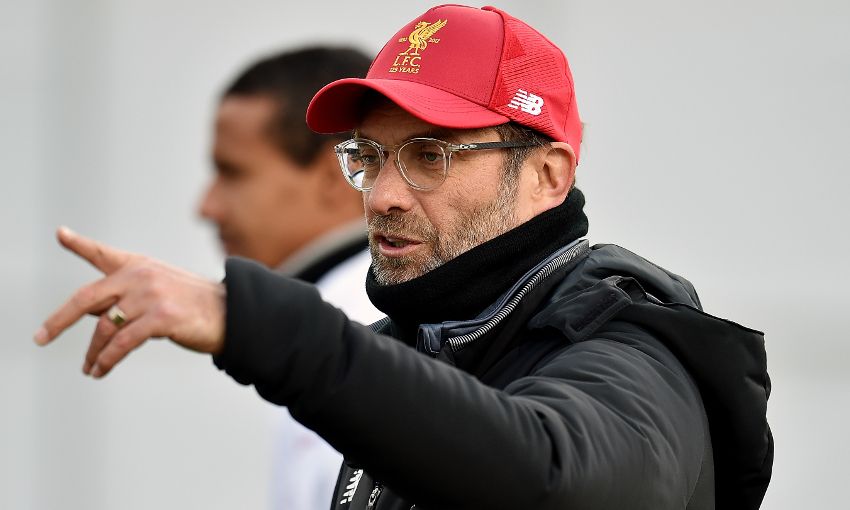 Jürgen Klopp has urged Liverpool to grasp the opportunity of mustering a response to Monday’s defeat at Swansea City by embarking on another lengthy unbeaten run.

An 18-match sequence without a loss was brought to an end at the Liberty Stadium as the Reds went down to a 1-0 reversal in Wales.

The outcome was particularly frustrating for Liverpool given it followed the 4-3 victory over Manchester City at Anfield the previous weekend.

Nevertheless, Klopp is convinced his side can summon up a similar response to the one they produced after a defeat at Tottenham Hotspur back in October and embark on another profitable run.

“Contrasting emotions in our last two matches, I think it is fair to say,” he wrote in his column for ‘This is Anfield’.

“The joy of beating Manchester City, followed by the complete frustration of leaving Swansea with no points really highlights the importance of never letting performance levels drop, even by half-a-per-cent. The consequences of when that happens, at this elite level, is defeat.

“I have always said with losses, it is important to be able to identify why it has happened. That was very easy against Swansea. We didn’t perform. We didn’t play to our maximum. We didn’t execute our plan. However, I also know this was a performance in isolation. I think it is only twice all season where I have thought we have not done ourselves credit with our approach.

“There is no positive to come from losing in that manner, but it does present us with opportunity. After our last defeat we came back strong, we came back together and we produced. We can do exactly the same again – together – if we are minded to. The opportunity is there for us to respond, starting tonight in this very important cup tie.

“It is important, in football as in life, to treat situations in context. In the same way none of us, inside the team environment, thought that beating Man City meant the rest of the season would be a parade, we know after losing to Swansea that all the good work isn’t thrown into a ditch either. That hard work and the solid base we have given ourselves is still there.

“Ahead of kick-off this evening we have three competitions where we have important goals to achieve. We have aspirations, all of which are within our grasp. Therefore it is now about responding – and responding in the best way possible. We did so last time we had a stumble. We can do so again.

“I love that this game tonight is at Anfield and underneath the floodlights. This will add to the feeling of this being a highly significant game for us.

“This, combined with our supporters' great passion for the FA Cup, means the atmosphere inside Anfield tonight will be special. I think it could be an occasion that shows the FA Cup at its best.”