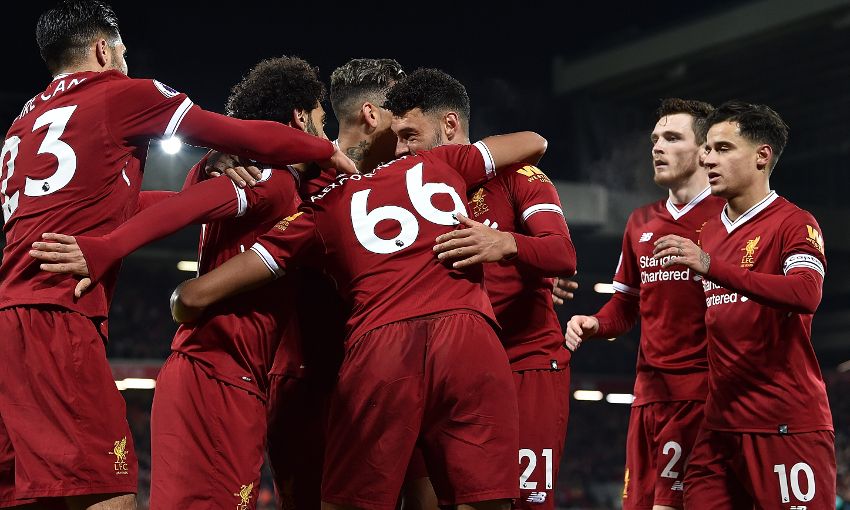 Liverpool boast not just a depth of quality but character as they aim to maintain their upward trajectory in 2018, according to Jordan Henderson.

The final fixture of the current calendar year sees Leicester City visit Anfield today, where Swansea City were beaten 5-0 by the Reds on Boxing Day.

Victory over the Foxes would ensure Jürgen Klopp’s men consolidate their position in the Premier League top four heading into the New Year.

And the captain, who will miss this match through injury, is confident the pieces are in place for Liverpool to progress further in the 12 months to come.

“There’s a few factors I would point to, that have helped us improve and, importantly, continue to improve. Number one is the quality of the players we have in the dressing room,” says Henderson in his ‘This is Anfield’ column.

“Right through the squad – all positions – we are person-for-person as strong as I can remember since I’ve been here, certainly in terms of depth. Every week you’re seeing top players not even making the 18, let alone the 11. But it’s that sort of competition that breeds success and long may it continue.

“And it’s not just the talent in the squad, it’s the atmosphere the lads create. It’s a brilliant dressing room to be part of and a brilliant dressing room to come into as a new player, I think. That’s why lads settle and start contributing so quickly now. The current players go the extra mile to make everyone feel part of it and integrate quickly and that’s important for any team.

“I think the team and squad got better in 2017 and I’m sure the plan in 2018 will be to keep adding better quality, to make us even more competitive. Our attacking play and ability to create and score chances has given us confidence. We go into every game we play with a healthy expectancy that we can win. Expectancy is completely different to complacency and I think the belief we have in ourselves, as a team, is important.

“And I’d point to home form as being another important factor in 2017. Clearly we have one more big game to negotiate today, but whatever happens this afternoon, Anfield has been a really positive place for us and we’ve picked up a lot of points here. Looking back at teams that achieve things, they tend to have really strong home form, and by-and-large we can point to ours being very healthy.

“One of the best things from a player’s perspective, looking back at 2017 for Liverpool, is that there’s still more improvement to come from us and nobody in our dressing room thinks we’ve cracked it. Everyone wants to achieve more and finally start rewarding the supporters with trophies.

“For 2017 to be significant we, as players, need to take it on to the next level now and make sure we fulfil the potential we all see in this team. We need to make the last 12 months a good foundation to build on. That’s our aim anyway.”

Pick up your copy of 'This is Anfield' at the stadium, or subscribe online here.