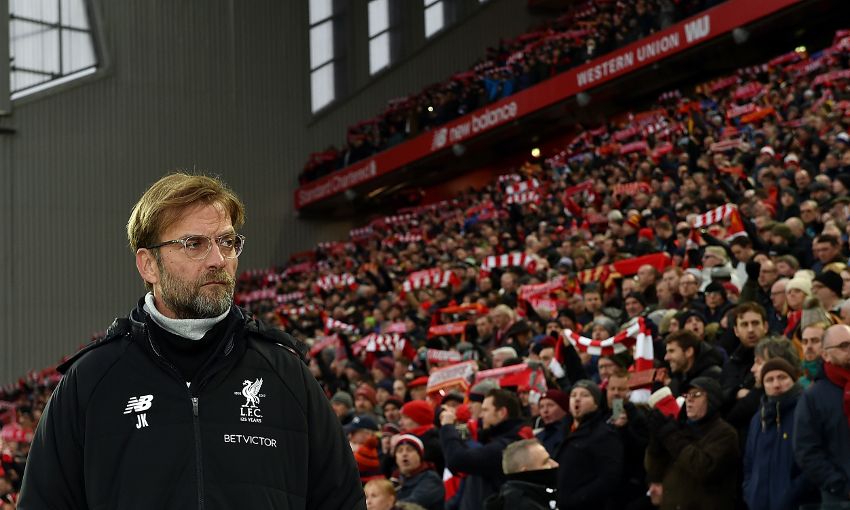 Jürgen Klopp admits Liverpool are keenly looking forward to their Champions League meetings with FC Porto – but there is plenty of work to do before the last-16 tie next year.

The Reds’ reward for topping Group E ahead of Sevilla, Spartak Moscow and Maribor is a two-legged contest with the current Portuguese league leaders, to be played on February 14 and March 6.

Klopp is confident that having the second leg at Anfield can be advantageous for his team in the battle to reach the competition’s quarter-finals.

But, with two months of domestic football to navigate before the Champions League campaign resumes, the manager argues it is too early for thoughts to drift towards the occasion.

What is your immediate reaction to the draw?

It’s just good that we now know it. Last Wednesday, when we knew we were still involved, that was our big dream: we didn’t care who we would get. It was clear it would be a strong side. Porto are a strong side, first in the Portuguese league and always good. This year again they’re a difficult side to play. They came through in a difficult group; they kept Leipzig – a really good side in Germany – behind them. It will be interesting. It’s good that we have the first game at Porto, the weather is better there in February! Then in March we meet them at Anfield. We are really looking forward to it.

When do your preparations for the tie start?

We have time. Portugal doesn’t have a proper winter break, one week or 10 days off. We have enough games to watch and we will watch all of them. It’s in around about two months, so we don’t have to watch the Champions League games too much. We have the league games. We’ll see, so many things can happen – the transfer window, injuries, everything can happen. We dreamt of this, so we are really looking forward to playing the games. But I think we have 20 games from now until then, so a few things to do until then.

Can the atmosphere make a difference in the second leg at Anfield?

It has to be a difference. That’s how it is. You go there and there’s no easy place in the world of football. We go there in the first game; I don’t have a plan for that game yet! Then, of course, Anfield must make the difference.