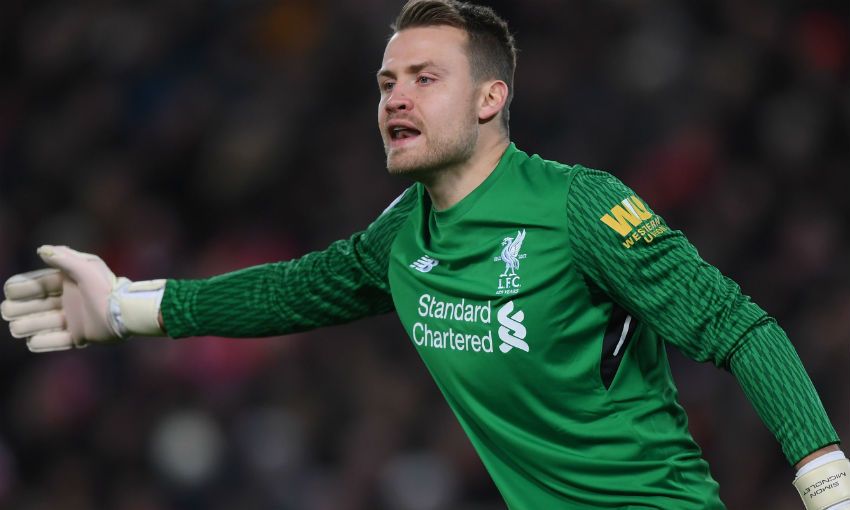 Simon Mignolet admitted to feeling 'very bitter' over the concession of the late goal that saw Liverpool held to a 1-1 draw by Chelsea on Saturday.

The Reds nudged ahead in the 65th minute when Mohamed Salah finished coolly from Alex Oxlade-Chamberlain's pass to clock up his 10th Premier League goal of the season thus far.

However, the hosts' attempt to see out the game were dashed five minutes from time as Willian's cross-cum-shot looped over Mignolet and into the far corner of his net.

Reflecting on the result, the goalkeeper told Liverpoolfc.com: "It's very bitter to concede in that way, at the very last stages of the game.

"I think we deserved to win the game so it's always difficult to take when you concede an unlucky goal like that.

"I think we did well, we had our chances. The first half, as you would expect, Chelsea were good on the counter and had a few [chances].

"But we were in a good position and Mo scored scored second half, then we tried to defend our lead. Unfortunately, [they scored] at the end."

Jürgen Klopp's team have twice conceded goals in the final moments to see wins turned into draws this week, having done similar in the Champions League against Sevilla this week.

Mignolet believes they were unfortunate on both occasions, and added: "I think we deserved twice to win the games and that didn't happen.

"We have to keep going, we've got loads of games to come and we'll recover and get ready for the next one."

The Belgian went on to pay tribute to goalscorer Salah, who has 15 in total for the club in all competitions from just 20 appearances.

He said: "He's very important for us, not only with scoring goals and creating but also the way he defends and works hard for the team when we're not in possession.

"Let's hope he can continue in the same manner."