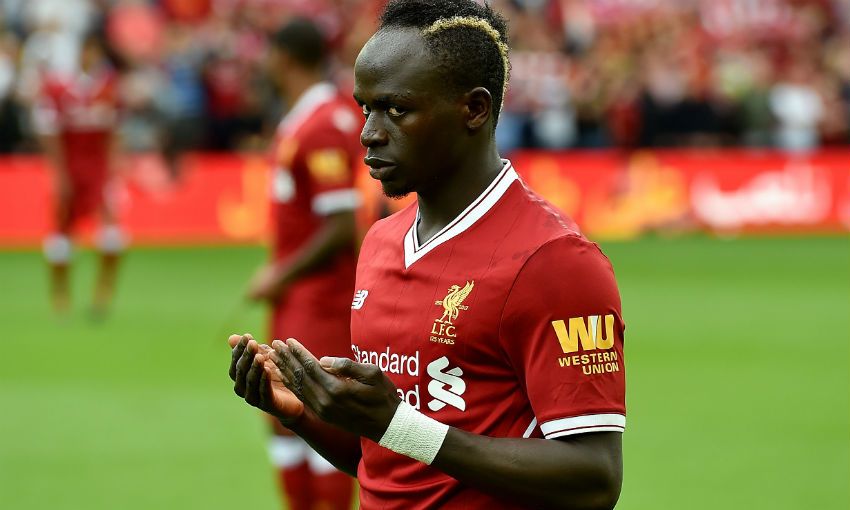 Jürgen Klopp today offered his reaction to the news Sadio Mane is set to return to Melwood earlier than expected this week after Senegal confirmed his release from their squad.

The forward is due back at the club’s training complex on Tuesday after helping his country to their first World Cup finals in 16 years with a 2-0 win over South Africa in Polokwane on Friday night.

Senegal are set to face the same opposition again on Tuesday, but with qualification for Russia now secured, Mane will not be involved after a statement released by The Lions of Teranga announced the Reds No.19 would be heading back to his club after ‘slightly feeling’ an old injury.

Mane missed five fixtures with a hamstring issue recently and Klopp confirmed Liverpool will assess the extent of the problem when the player is back at Melwood ahead of their return to action against Southampton on Saturday.

The manager told Liverpoolfc.com: “First and foremost, I have to say big congratulations to Senegal on the achievement of qualifying for the World Cup; this is fantastic news for their country and the players - Sadio included.

“Aliou Cisse and his guys have done a fantastic job there and you can see them making a real impact in Russia come next summer. Personally speaking, I’m delighted for Sadio. Everyone in Liverpool knows his ability and the best players should be on the best stage - Sadio will now have this wonderful chance.

“Specifically on him returning to Melwood early to be with us; obviously it is a concern that the hamstring injury is again on the agenda and it will be critical for us to monitor and manage that in the coming days.

“At this stage we haven’t seen Sadio yet to properly assess the extent, but what is clear is that we will have to stay on top of this for the rest of the week and make sure we are careful in how we look after him.

“There has been really strong communication between ourselves and the Senegal team management to ensure the player is properly protected and looked after. We respect how important he is for Senegal and therefore it must always be the case that they get to make the decision when he is under their care.

“It should not be forgotten in Liverpool, either, how important it is to Sadio that he represents his country whenever he is fit enough to do so. He is so proud of his country and recognises what a role model he is for them.

“So, in this moment all I can really say with certainty is that we will assess Sadio as soon as he lands back in the country and make decisions on what rehab and treatment gives him the best chance of being back fit and strong for the important fixtures we have coming.”