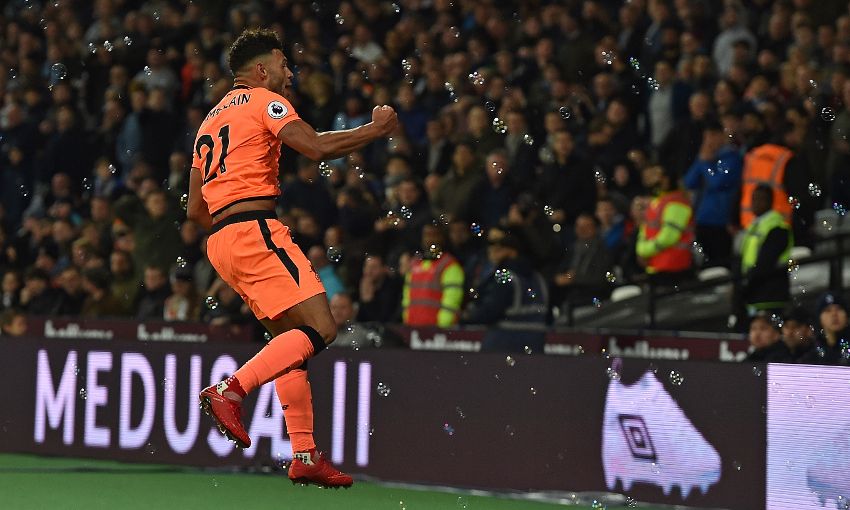 Liverpool claimed their third win in a week with a 4-1 victory over West Ham United in the Premier League.

A lightning-fast counter-attack provided the lead, with Sadio Mane ultimately teeing up Mohamed Salah for his 11th goal of the season.

And Jürgen Klopp's side struck again moments later as Joel Matip took full advantage of space from a corner to convert a loose ball.

Manuel Lanzini threatened to start a comeback in the second half but Alex Oxlade-Chamberlain restored the cushion within a minute, and Salah's clinical second made certain of three points.

Here is the story of the game in photographs...