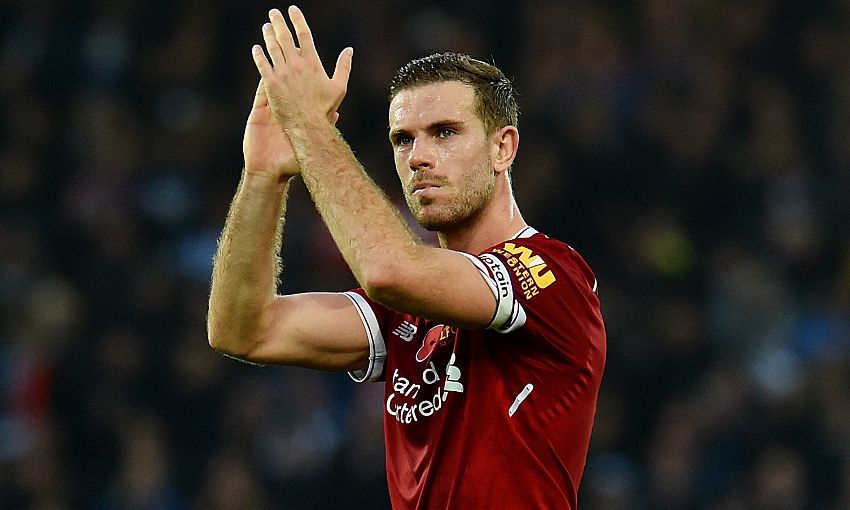 Jordan Henderson insists Liverpool’s 7-0 victory over Maribor in Slovenia a fortnight ago counts for nothing when the teams meet again at Anfield tonight.

The Reds were in ruthless form when the sides clashed two weeks ago, securing the biggest ever away win for an English club in Champions League history.

Nevertheless, Henderson has explained why no-one within the squad will be resting on their laurels when Maribor take to the field on Merseyside this evening.

He wrote in his column in ‘This is Anfield’: “We, the team, have come in for criticism this season and it’s come because we haven’t been consistent enough with our results.

“Anyone who’s watched us since we started at Watford knows we’ve been playing well enough and the performance level has been, by and large, pretty consistent. But the results haven’t and at Liverpool you need the results.

“We have a chance now, with two more games before the international break, to show we can be as consistent in winning as we are in playing well.

“That starts tonight against Maribor and I can assure everyone inside Anfield we know just how tough this is going to be. I didn’t play in Slovenia and because of the nature of the scoreline from that game there is a danger that the external expectation will be that we only have to turn up to win.

“That expectation doesn’t exist in our dressing room, I can tell you. We got the result we did in Maribor because of the attitude we showed during the 90 minutes. That scoreline counts for nothing when we kick off tonight. If anything, it makes Maribor even more dangerous and a much bigger threat.

“If we don’t show the same attitude, we won’t get the result. The Champions League is a ruthless competition and if, as a team, we don’t play at our maximum we will be punished.

“So, whichever 18 names appear on the team-sheet for us this evening, each of us knows how hard we’ll have to work to win.”