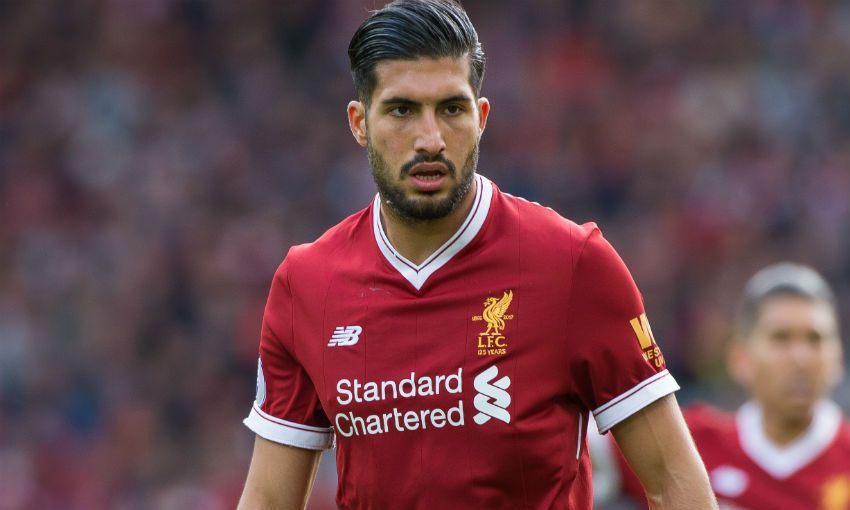 Photo gallery: Reds back at Melwood ahead of Leicester return

Emre Can considers Liverpool’s swift return to Leicester City to be a timely opportunity to put their Carabao Cup exit behind them.

Saturday’s Premier League trip to the King Power Stadium comes just four days after the Reds lost 2-0 there in the third round of the League Cup.

But Can insists that the focus within Jürgen Klopp’s squad is on the task ahead and a chance to get that midweek disappointment out of their system quickly.

“It’s great that we have another opportunity to win against Leicester. It is the Premier League and hopefully we will do better and win the game.”

Along with the likes of Roberto Firmino and Mohamed Salah, Can did not feature in Tuesday’s cup tie as Klopp opted to rotate amid a busy fixture schedule.

And the Germany international is hopeful of being able to help Liverpool get back to winning ways today.

“I think it will be a different game,” Can continued.

“Maybe a few different players will play for us and them. It is the Premier League, of course it is different to the cup. It starts again, new. They won the first game, we want to win the second game.”

Craig Shakespeare also made changes to his team for the cup clash and, speaking after that match, the Leicester boss expressed his hope that Jamie Vardy will be fit to feature this afternoon.

However, while acknowledging the England striker’s quality, Can explained that he and his teammates will be concentrating on their own performances, not those of the opposition.

“Jamie Vardy is a top player. We have to try all together to stop him. And not just him - they’ll have 10 other good players,” the No.23 said.

“But the most important thing is that we look to ourselves and play our football, dominant football and try to make it so that they have to look at us and we don’t have to look at them.”

Today’s fixture represents the second of four consecutive away games for Liverpool, with trips to Spartak Moscow and Newcastle United also taking place prior to the next international break.

Can admitted that he would rather be playing at Anfield, but the 23-year-old is still relishing the upcoming matches.

“Every player wants to play more at Anfield, because it’s great with the fans and you feel at home. But everybody has to play away as well,” he noted.

“We’re looking forward to the games. Now it’s Leicester, then the Champions League in Moscow and then Newcastle. They are three great games and I hope we get as many points as possible.”