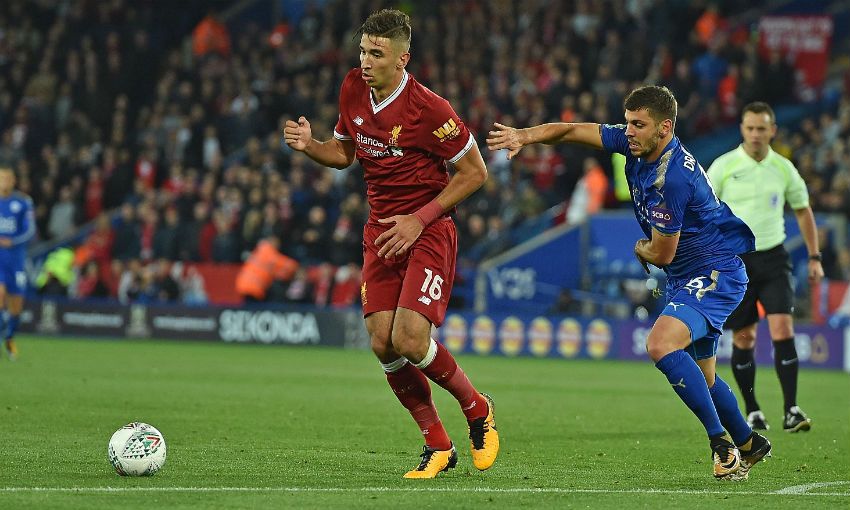 Marko Grujic expects Liverpool to exact revenge on Leicester City when the sides meet again this weekend should they reproduce their first-half performance during Tuesday evening's League Cup defeat.

Jürgen Klopp's side were the dominant force in the first 45 minutes at the King Power Stadium but some dogged defending from the Foxes ensured the scores remained level at the break.

The value of that defensive showing became evident in the second period as the much-improved hosts netted through Shinji Okazaki and Islam Slimani to claim a place in the fourth round.

Reflecting on the game, Grujic told Liverpoolfc.com: "We played very well first half, created a lot of chances, but we didn't score unluckily for us.

"We kept trying to do the same in the second half but, again, set-pieces [cost us]; a throw-in, we weren't in a good position and Leicester scored a really nice goal."

The Serbian midfielder, who played 90 minutes in his first start of the season, is now focused on Liverpool getting even when they return to the same venue for a Premier League contest on Saturday.

He added: "We have to not let our heads drop and focus on Saturday - the same pitch, the same opponent - we have to concentrate on the Premier League and the other cups.

"If we play again the same way as in the first half today and be more concentrated and score some chances, we will win on Saturday.

"It's a good thing for us, we create a lot. But we need to concentrate and score."