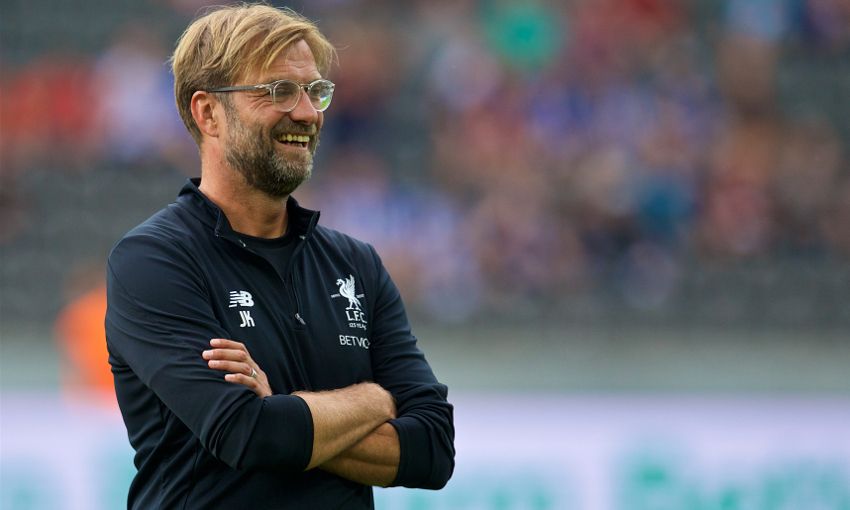 Jürgen Klopp discussed his eight changes to the team, Alex Oxlade-Chamberlain's position and the fitness of Philippe Coutinho before Liverpool's Carabao Cup clash with Leicester City.

The Reds face the Foxes in a third-round tie at King Power Stadium and the manager has shuffled his pack, with only Coutinho, Ragnar Klavan and Andy Robertson remaining from the weekend draw with Burnley.

“Squads are wide and deep, so you can and have to do things like this. It will be exciting to watch,” Klopp said pre-match.

Asked where Oxlade-Chamberlain will be deployed in the system, the German continued: “If he starts in a front three, I don’t want to always see him on one wing or something like this.

“If he plays in the No.8, I don’t want to see him fixed in this position. It’s football; you have to defend in one position and you have to be very flexible in all the other situations. That’s what I expect from him in the long-term.

“Today he will start for the first time and that’s another thing I’m excited about.”

Klopp also revealed that Coutinho was eager to feature again against Leicester after making his maiden start of the campaign last Saturday.

The boss said of the No.10: “We thought a lot about it but I think it really makes sense. I spoke to him and he really wanted to have more minutes, so it makes sense to bring him again.

“He felt good [at the weekend], it was really only a little cramp in the last game, not even a cramp. Of course, he needs match time and now he can get it.”