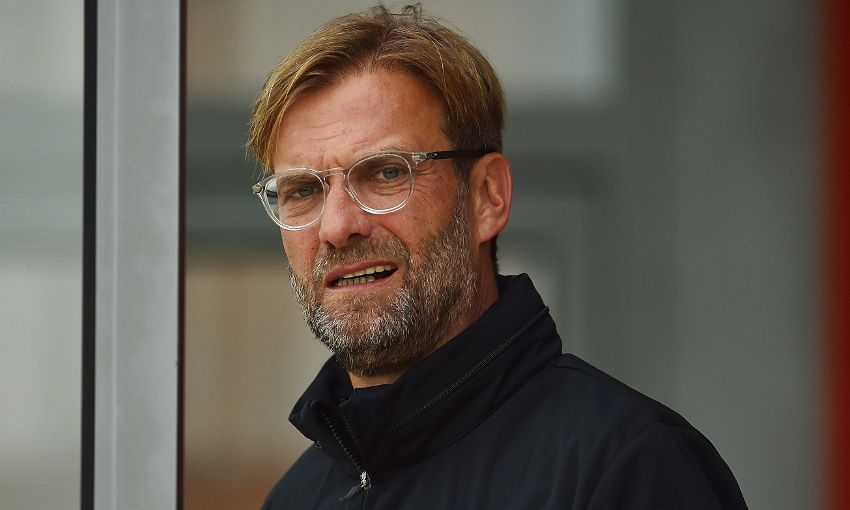 'The Owen McVeigh flag means so much' - Henderson backs special cause

Liverpool have not been allowed to dwell on their Champions League qualification, with Jürgen Klopp in no mood for complacency when Arsenal visit Anfield today.

Klopp’s team treated supporters to a satisfying European night on Wednesday by racking up four goals against Hoffenheim en route to a 6-3 aggregate victory in their qualifying play-off.

But with such an important fixture to focus on so quickly after, the manager has demanded that the Reds forget the midweek achievement and deny the Gunners any chance to dent morale.

“We know this is an important part of our development. Another step,” Klopp writes in matchday programme ‘This is Anfield’.

“Yes, I want the players to appreciate the moment – but appreciation doesn’t mean complacency. I don’t want that to satisfy anyone’s ambition. In fact it should make everyone more hungry and more greedy. To want more nights like Wednesday, more feelings like Wednesday night and Thursday morning.

“That is why, on Thursday, the attention immediately switched to today’s match against Arsenal. They will have the highest motivation to bring our spirits back down today. Our motivation to not let them do that is just as high.

“I know our supporters understand how important they are to us for a contest as intense as this one. We all go again and we go together and we look to make this a Sunday afternoon that can feel as special as a night-time fixture in Europe.

“We have shown before that we have this ability and I have confidence that everyone inside Anfield today, who cares about Liverpool FC, will do what is needed to make it the outcome.”