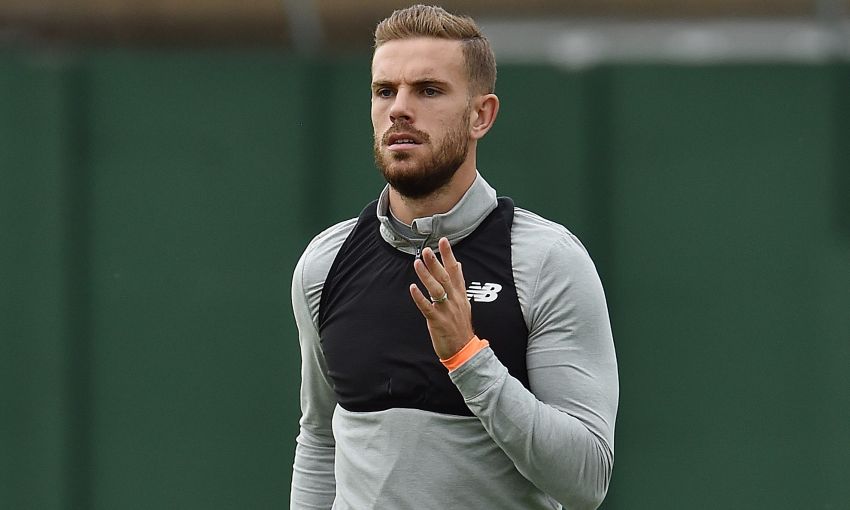 Jordan Henderson insists no-one within Liverpool ranks is taking anything for granted ahead of tonight’s Champions League play-off, second-leg clash with Hoffenheim.

The Reds obtained a 2-1 first-leg lead in Germany last week, but the captain has outlined why that counts for little come kick off at Anfield this evening.

Writing in his notes for ‘This is Anfield’, Henderson said: “When people talk about the great European nights at Anfield, one of the big themes is 'comebacks' and that a two-legged tie is never over until it's over. That has worked to Liverpool's benefit so many times during the club's history, of course, but it also serves a reminder that for us, the job isn't even half done as regards achieving our goal of qualification for the group stages of the UEFA Champions League.

“When the play-off draw was made we knew we had been paired with arguably the toughest opponent we could have got. As players we knew that, without needing to be told or reminded. Hoffenheim are a top side with top players and brilliant coaching staff.

“To go to their home in Germany, where I believe they have an incredible record in recent years, and get a win was massive. It was a big step for us. But that's all it is – a step. And it's a step that will count for nothing if we don't get over the line tonight. You've probably all heard the phrase 'it's only half-time' as far as the tie goes. That's spot on. And the biggest part of it only being half-time is that the second half of every contest is when it's decided.

“As a dressing room we know Hoffenheim are more dangerous tonight than they were at their own ground last week. They have the same ambition as us; they want to be in the Champions League proper when it starts in September. But I think we showed in Germany how much progressing in this competition means to all of us.

“All of the hard work from last season was about getting our club back in this fantastic competition. We know it's what the supporters want and as players we want it just as much, I can tell you. Wanting it and achieving it are two different things, though. It's on all of us to deliver it tonight by making sure we do the hardest part of the task – finishing it.”