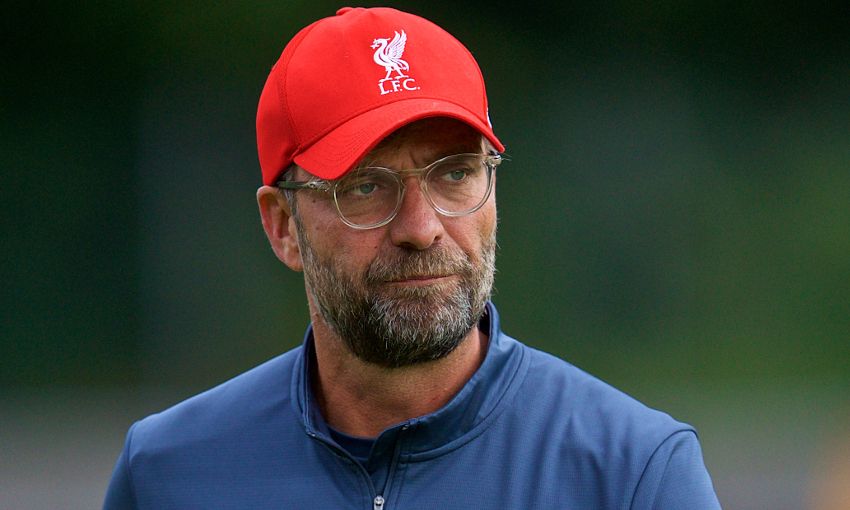 Jürgen Klopp has used his first matchday programme notes of the season to outlined what he feels he witnessed from his Liverpool squad in their opening two matches of 2017-18.

The boss believes there are plenty of positives and areas of improvement following the Reds’ clashes with Watford and Hoffenheim.

Writing in ‘This is Anfield’ ahead of today’s fixture with Crystal Palace, Klopp said: “The first two matches of our season, against Watford in the league and Hoffenheim in Europe has shown me we are a team that has fight and spirit flowing through its veins. It has also shown we have great quality and ability. And yes, that we have areas we have to work on and improve.

“We showed all of our faces against Watford: the very good and some not so good. We also had no luck in a few areas – I think this is very clear to anyone watching and reviewing without prejudice or bias.

“The same was true in Hoffenheim against an opponent of the highest quality in their home stadium where they had an incredible record of not losing. This was a game where we showed really good courage in all areas of the pitch. The performance and the result were not perfect, far from it. We still have much to do in this tie. But I was very proud of the team.

“I think our two goalscorers in Germany demonstrate many of our best qualities. In Trent we have a very young player who wants to learn all the time but has the confidence to step up in big moments when needed.

“In Milly we have someone of incredible experience, but even having achieved all that he has, wants to be better and do more. He is greedy for more and I love that the team has someone like him as an example to follow.

“I love that in our squad we have players of very different personalities but at their core they all care passionately about what they do, about this club and about each other. Not just the players who start the game – all of them on that trip and at Watford – and also those who stay back at Melwood, the ones who do not make the 18 on a matchday or night.

“To achieve something special we all need to put what we can achieve together ahead of what we might want for ourselves as individuals. I see this in our group – it is something that will help us, no doubt about it.”

Pick up your copy of 'This is Anfield' featuring Mohamed Salah on the cover at the stadium today, or subscribe online by clicking here.