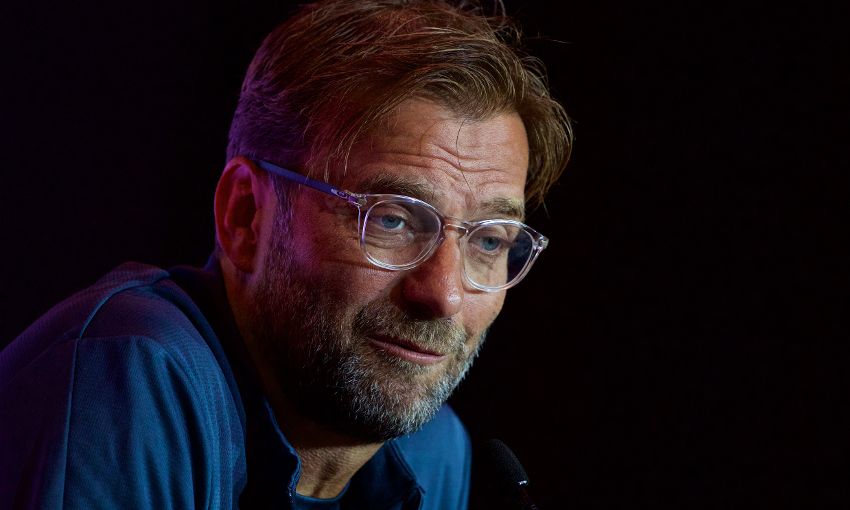 Jürgen Klopp had a feeling Liverpool might meet Hoffenheim in the Champions League qualifying play-off – and hailed the tie as a 'really exciting' contest.

The Reds were paired with the Bundesliga side at Friday’s draw in Nyon, setting up a first-ever clash between the two clubs.

Klopp’s men will journey to his homeland for the opening leg of the tie on Tuesday August 15 before hosting Hoffenheim eight days later at Anfield.

The manager’s knowledge of the opposition means he expects a stern obstacle in the way of the last 32, but also believes the German outfit will have the same sentiment.

“Very interesting. Actually, it was exactly what I expected when I had a look – if there’s a choice we always seem to take the German team! Sorry!” he told Liverpoolfc.com.

“It was clear from the first moment when we knew who we could face that there would be no easy game. It’s Hoffenheim and that’s for sure not an easy game.

“But we should always not forget what they thought in the moment they saw the draw – it’s not the best thing they could get.

“I’m completely fine with it, happy to know and now we can start preparing. [They are a] strong side, how everybody can imagine. When you are fourth in Germany you are a strong side.

“It’s a very interesting club. They have a lot of really good young players. They lost two of them – [Sebastian] Rudy and [Niklas] Sule to Bayern - and had a little change. [They have] a very young manager, just 30 years old, a very talented man.

“That’s a real challenge but I’m looking forward to it. First we’ll play Watford but at the same time we’ll start preparing for Hoffenheim and it’s really exciting.”

The tie brings another return to Klopp’s home country, of course, shortly after Liverpool completed a pre-season training camp in Germany this week.

“It’s a wonderful region. Hoffenheim is more a village than a city,” added the boss.

“It’s an absolutely settled Bundesliga club. It’s not too far away from my home, the area where I grew up. It’s a really wonderful region, 100 per cent, a nice stadium.”