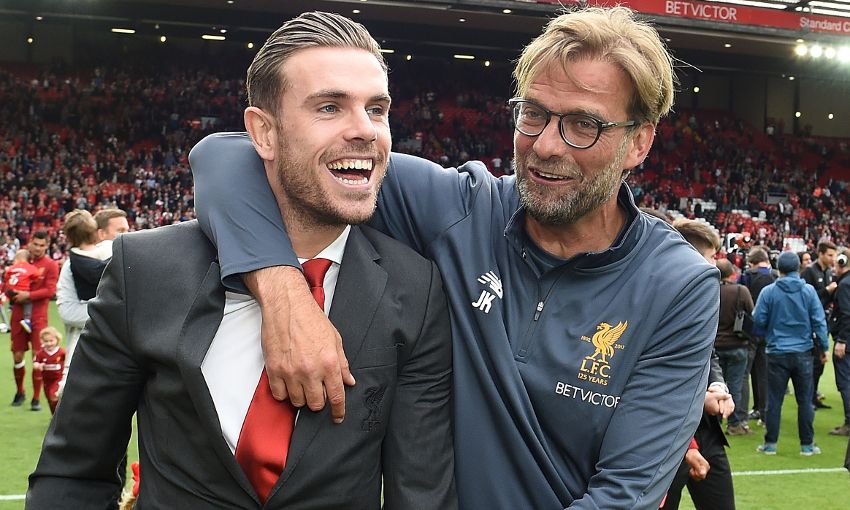 Having earned a top-four finish by maturing and improving across the season, Jordan Henderson wants Liverpool to make sure the achievement was merely a step on the road to greater success.

A foot injury forced the captain to watch the run-in from the sidelines, as the Reds showed their resolve with a series of gritty displays to book a place in August’s Champions League qualification play-off.

That had been one of the team’s leading objectives back at the beginning of the campaign, meaning Jürgen Klopp’s men can rightly be satisfied with their final position in the Premier League according to Henderson.

“To do that is a big achievement,” he said.

“Everybody was over the moon that we got in the top four. Now we’ve got to go and win the play-off to actually get into the group stages of the Champions League.

“Of course we’d have liked to win something as well but you’ve got to take one step at a time and that is a big achievement.

“Since I’ve been here, we’ve only been in the Champions League once. It’s a good step in the right direction for us and it’ll help us develop as a squad.”

The final-day win over Middlesbrough at Anfield confirmed a rise of four places in the Premier League and an increase of 16 points from the previous season for Liverpool.

Clear progress, then, in Klopp’s first full term at the helm and Henderson considers it a deserved result of the dedication to development shown by his side at Melwood.

“We’re getting better and we’re improving in all aspects of the game,” said the skipper.

“Everybody has taken that on board throughout the season and everybody has been working really hard. And you get your just rewards at the end of the season, with getting the top four.”