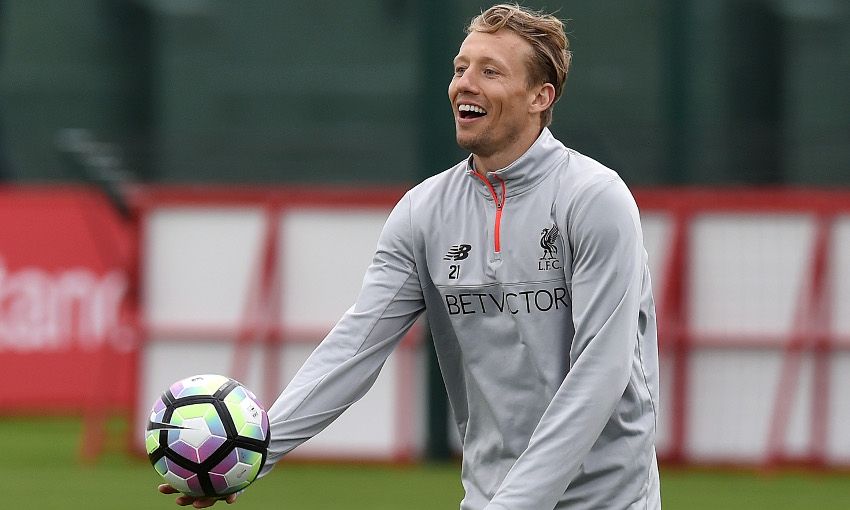 Jordan Henderson has used his programme notes ahead of this evening's Premier League meeting with Bournemouth to pay tribute to Liverpool's most experienced player, Lucas Leiva.

The Brazilian, who is in his 10th season with the Reds, made an impressive return to the starting XI as Everton were beaten 3-1 in the 228th Merseyside derby on Saturday.

In the latest edition of 'This is Anfield', Henderson praised the 30-year-old's efforts in that fixture, but was also keen to underline the size of his contribution off the field as well.

The captain wrote: "Any person joining Liverpool Football Club, regardless of age, status or experience, who is looking for a role model or an example to follow then, for me, you look no further than Lucas Leiva.

"Watching the Merseyside derby at the weekend, it was a reminder to everyone why he has been, and continues to be, so valuable to this club. In simple terms he sets the standard of professionalism and attitude of what it is to be a Liverpool player.

"In the dressing room there is no-one who is respected or admired more. I think from the outside he is often portrayed as being the ‘go-to person’ for our lads from his own country of Brazil or any Spanish or Portuguese-speaking players who join Liverpool.

"But that does him a massive disservice. It doesn’t even scratch the surface of his influence. I came from the north east and the help and support he gave me initially and still gives me to this day is massive.

"It doesn’t matter to Lucas whether you’re from Runcorn or Rio, he’ll make time for you and look to offer his experience to help individuals or the team when it’s needed.

"I think his performance on Saturday sums him up: it doesn’t matter to him whether it’s Plymouth away in a cold January or a full house at Anfield in the sunshine for a Merseyside derby – he is always on it. Minimum fuss, but the sort of performance his teammates will appreciate so much. That’s such an important example to set for anyone playing for this club.

"After 10 years here, he of course knows what the derby is all about – and let me tell you, he loves them – and he used that experience and knowledge right from the first minute to help control the midfield along with Emre and Gini."