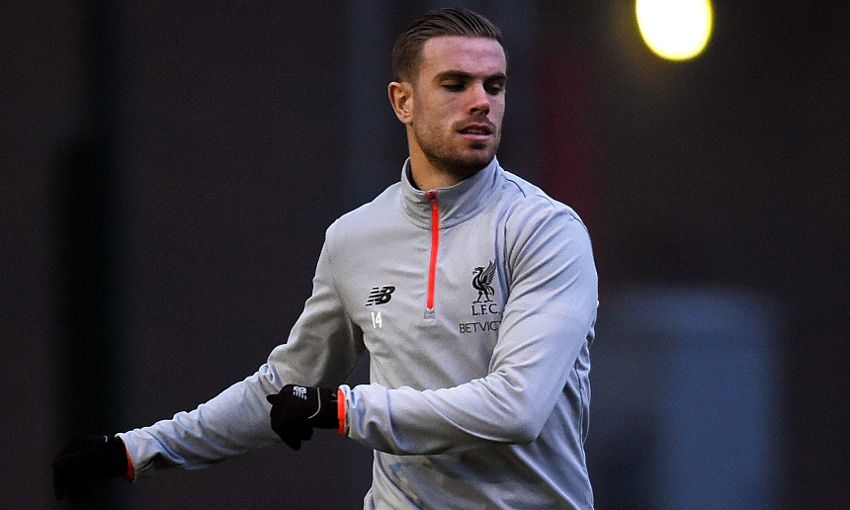 Jordan Henderson believes Liverpool are facing a crucial week in their quest for a top-four finish as they prepare for a trio of matches in seven days, starting with Everton at Anfield this afternoon.

The Reds play host to the Blues aiming to bolster their push for Champions League qualification, with encounters against Bournemouth and Stoke City to follow.

Henderson wrote in ‘This is Anfield’: “If the match at Goodison is anything to go by, this game today will be one that could go to the very last kick.

“All of our lads know the significance of derby day to the supporters and the city itself. They know performing in a game like this carries even greater responsibility than maybe a regular fixture. Of course it’s the same amount of points up for grabs, but it’s wrong to pretend these games don’t feel different.

“The flip-side of that is we also know how much it means to Everton, so they’ll have the same feelings and determination. I don’t think recent history or form matters for even one second in these sort of games.

“We all know that it’ll be intense and we all know that slight margins could be the deciding factor. It’s a big week for us, with three games in quick succession, but it’s important to start it in the most positive way possible.

“We, as players, can never make guarantees or promises about results, but I think as a group we’ve proved all season and beyond that we will always battle and fight to make the supporters proud on big occasions. Hopefully we can continue that today against our neighbours.”