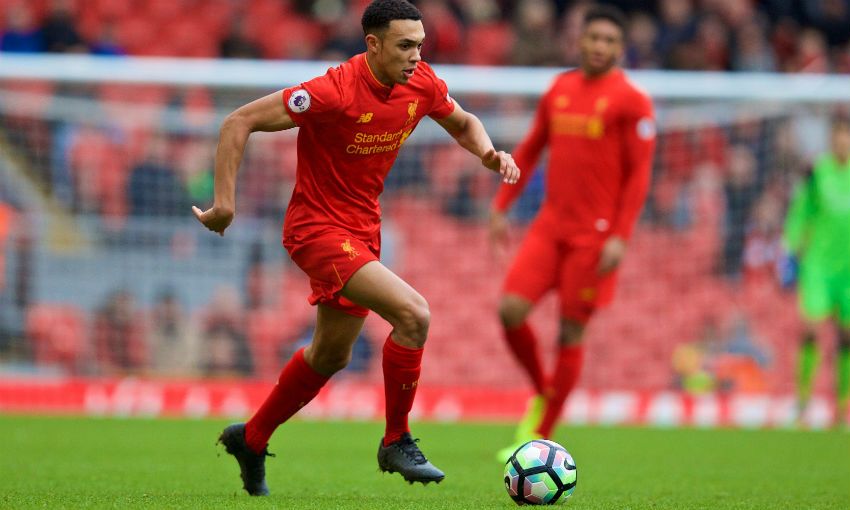 The opportunity to study Liverpool's first-team players at close quarters during their mid-season training camp was something Trent Alexander-Arnold was determined not to pass up.

Alexander-Arnold was among the Reds’ party who returned to Merseyside yesterday following a four-night stay in La Manga.

Several other Academy prospects, including Ben Woodburn, Harry Wilson and Conor Masterson, also travelled to Spain as part of the 27-man group selected by Jürgen Klopp.

And Alexander-Arnold has revealed that the youngsters were determined to learn everything they possibly could from the ‘incredible’ professionalism of their more experienced teammates.

“I think because you’re away 24 hours a day, you get to see what their whole routines are - what they put into their body, what time they go to sleep, everything like that,” the 18-year-old told Liverpoolfc.com.

“You see how professional every single player is, and you’re kind of surprised by it. You hear rumours about how professional the first-team players are at the Academy, but when you’re in and around it you actually see that nothing bad will go into their body because they know it won’t help them, things like that.

“It’s incredible because it just shows the level you have to get to and that’s what all us youngsters are trying to do.”

Taking information on board from the senior members of Klopp’s squad was also high on Alexander-Arnold’s priority list in La Manga.

“I think every bit of advice you get, you’ve got to take it because obviously the players are more experienced and they’ve been in the position that I’m in right now so they know the situation better than me,” the West Derby-born teenager explained.

“If they know how to handle it, it’s best if they give me that knowledge and then I can absorb it and use it. I think that’ll help me.” 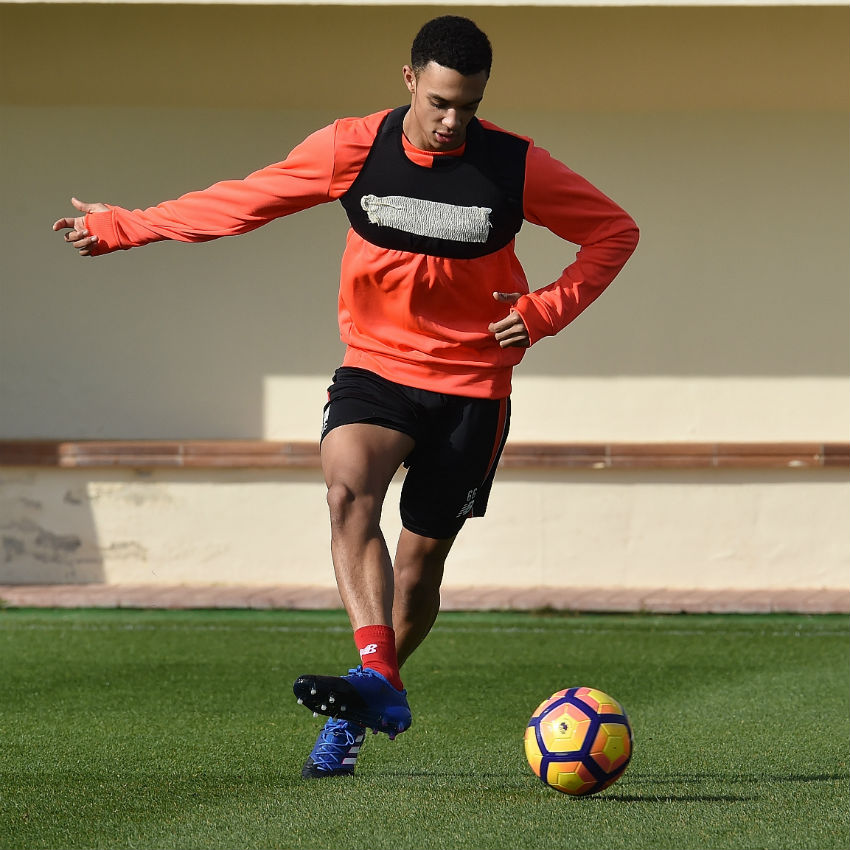 Alexander-Arnold has made eight first-team appearances for the Reds this season after his debut came in the EFL Cup win over Tottenham Hotspur in October.

The Scouse full-back also remains a regular for Mike Garrity’s U23s, and he insists that he does not have a figure in mind when it comes to the total number of senior games he wants to get under his belt this season.

“I don’t really set targets, I just try to enjoy it where I can because this is the first season I’ve really been with the first team, so I’m just enjoying every minute of it,” he added.

“I haven’t really set targets because I didn’t really expect it to happen at all! I think maybe next season I’ll set targets, but from now until the end of the season I’ll just try to enjoy my football, try to play as much as I can, whether that’s first team or U23s or whoever, and I’ll give it my best whenever I do play.”

Garrity said recently that Alexander-Arnold has ‘gone up a level’ thanks to his involvement with Liverpool’s first team - an assertion the No.66 agrees with.

“I’d say every aspect of my game’s got better, on and off the pitch,” he continued.

“I think communication with the team’s really improved, and just every aspect on the field as well. I think that’s because I’m training with such high-quality players and I’ve got to try and match their level. I’ve been pushed a lot this season so I think that’s what’s helped me.”