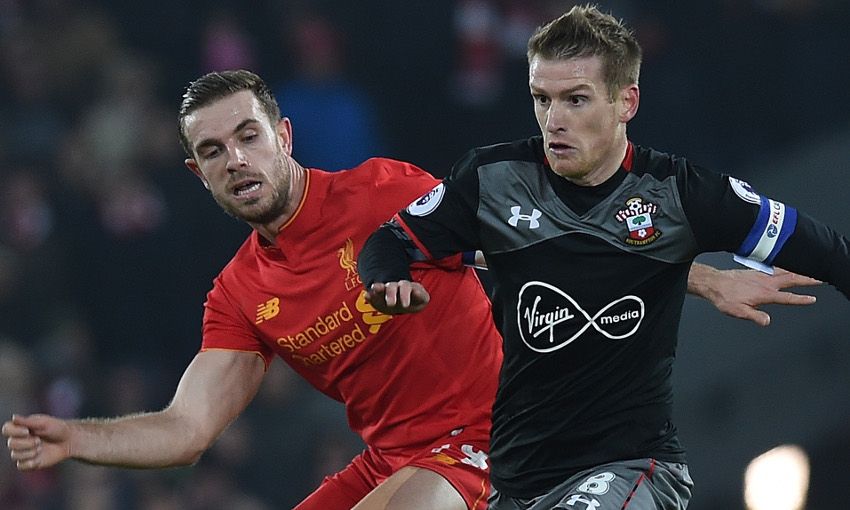 Liverpool's hopes of reaching the EFL Cup final for a second season running are over after they were beaten 1-0 by Southampton at Anfield on Wednesday night, exiting the competition 2-0 on aggregate.

Half-time substitute Shane Long grabbed the only goal of the game in stoppage-time, blasting beyond Loris Karius at the end of a speedy counter-attack from the visitors.

Prior to that, the Reds had been unable to find their way through the Saints, who book a berth in next month’s Wembley final.

Claude Puel’s side had fashioned earlier opportunities to add to the 1-0 lead they secured in the first leg, while the hosts were unable to make heavy second-half pressure tell, with Emre Can and Daniel Sturridge coming closest to finding a way through.

But with Liverpool pushing for a leveller, Long struck the decisive blow in added time as Southampton sprung forward from a corner to send Jürgen Klopp’s men out of the tournament at the semi-final stage.

Nathaniel Clyne missed out due to a recurrence of his recent rib/abdominal injury, while Simon Mignolet, Georginio Wijnaldum and Ragnar Klavan dropped down to the bench.

Having emphatically greeted the arrival of the Liverpool team bus outside the stadium, fans inside Anfield continued to make themselves heard as the contest got underway, desperate to play their part in helping the hosts overturn the one-goal first-leg deficit.

On the pitch, the game got off to a tentative opening, with a first opportunity on goal not arriving until the 16th minute when Sturridge collected Philippe Coutinho’s pass, spun Maya Yoshida and struck, but it lacked the power or direction to beat Forster.

At the other end, the visitors were proving a threat on the counter-attack – a point emphasised when Dusan Tadic found space inside the box, only to strike his attempted cross against Dejan Lovren.

Then Steven Davis connected with Lovren’s headed clearance on the edge of the area with a powerful hit, only for James Milner to get his body in the way of it.

And while Liverpool were dominating the possession, they needed Karius to deny Tadic giving Southampton a lead on 37 minutes when another counter resulted in Nathan Redmond skipping into the area and squaring for the winger six yards out. However, the ‘keeper was able to thwart.

Moments later, a near-identical situation unfolded as Redmond raided down the flank. This time, the ball bounced kindly for Davis, who smacked it high into the Kop when well placed.

Having been unable to make the kind of impression on the game as they would have hoped, the half-time whistle presented Liverpool with an opportunity to regroup as the first 45 minutes ended without a goal.

Indeed, Liverpool began the second period with more attacking purpose – and the home crowd were roused when they fashioned their best chance of the evening so far on 53 minutes.

Collecting the ball 20 yards from goal, Can connected sweetly with a crisp strike that Forster only succeeded in parrying over his own body and towards the goal; however, the England stopper was able to make a recovery to flick the ball off the line and prevent it from being given by the narrowest of margins.

Moments after, an even better chance – this time Sturridge’s acrobatic scissor-kick after the ball had bounced into his direction at a corner flashed over the crossbar from close range.

But this was much improved from the Reds, who were now in the ascendancy and created two further opportunities in quick succession.

Firstly, a sweeping move opened up the visitors down the left before Jordan Henderson crossed for Sturridge, who hooked over the bar on the stretch. Then, Firmino’s centre was mis-kicked by Coutinho when found in a good area inside the box.

As the game entered its final stages, Coutinho had fans’ heads in hands as he cut onto his right foot from the left and flashed across goal and wide as Divock Origi was introduced into the action in place of Can.

But despite their efforts, it was to be Southampton’s night as Long struck in stoppage-time to end any hopes of a comeback and send the south coast club to Wembley at Liverpool’s expense.