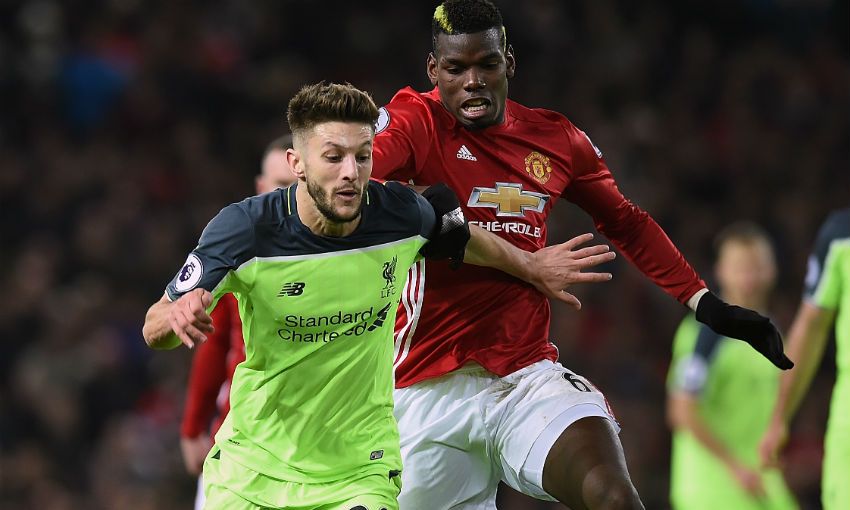 A late equaliser forced Liverpool to settle for a 1-1 draw with Manchester United at Old Trafford on Sunday afternoon.

James Milner looked to have handed his side a Premier League victory by converting from 12 yards after Paul Pogba was penalised for handball inside his own area in the first half.

But Jürgen Klopp’s team were denied the chance to reclaim second place when Zlatan Ibrahimovic looped a header over Simon Mignolet with six minutes to go.

There were a number of key updates ahead of kick-off, with Joel Matip unavailable as the club seeks clarity on his eligibility and Nathaniel Clyne absent due to a rib/abdominal injury sustained at Southampton in midweek.

Jordan Henderson returned from his heel issue to captain the side, while Mignolet, Trent Alexander-Arnold and Divock Origi were also brought in by Klopp.

The teams emerged to a wall of noise, but neither the home crowd nor the vocal visiting supporters had much to cheer during an opening 10 minutes almost completely lacking in goalmouth action.

A first hint of a chance came on 13 minutes through enterprising play by Anthony Martial, whose lofted delivery from the left proved too awkward to finish when Ibrahimovic met the ball at the back post.

There was an agonising wait as the United No.9 then chased down Dejan Lovren’s short pass towards Mignolet and his blocked shot looped high into the air and dropped down – thankfully, onto the roof of the net.

Pogba dragged a left-footer wide having been artfully slipped in by Mkhitaryan, while Alexander-Arnold saw a shot thwarted after Emre Can side-stepped a tackle and swung the ball into the penalty box.

But Liverpool grabbed the lead on 27 minutes.

A corner in from the right hand side was handballed by Pogba as Lovren looked to connect with a header, allowing Milner to step up and place an excellent spot-kick beyond the dive of David de Gea for 1-0.

United rallied and Mignolet was forced into a crucial reaction save when the hosts won a 33rd-minute free-kick on the edge of the box and Ibrahimovic thundered it towards the bottom left corner.

The Belgian then stood tall to deny Mkhitaryan at close range, after the midfielder had been released clear into ample space, meaning Klopp’s men carried their advantage into the break. 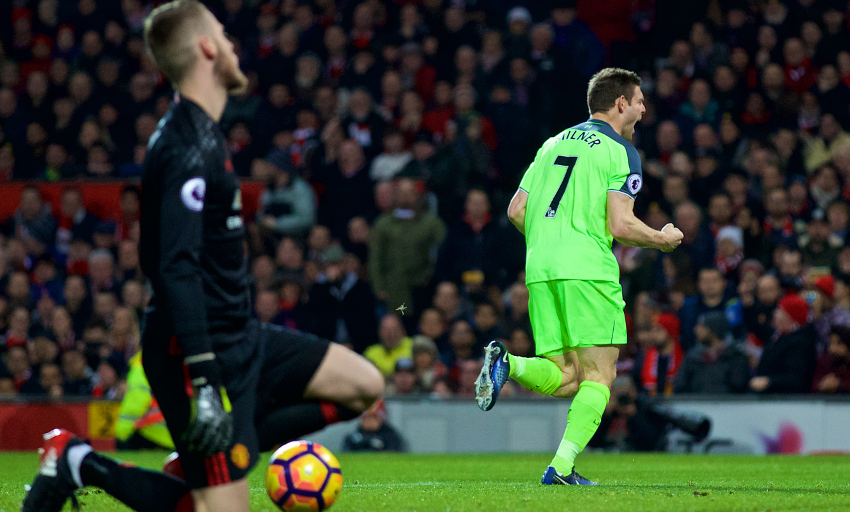 They forged the first chance when the rivals returned, too, with Roberto Firmino leading a speedy counter-attack through the middle that ended with Origi aiming a promising curler for the top corner that was deflected wide.

A rapid break of United’s own might have brought a leveller moments later.

Martial robbed Alexander-Arnold of possession around halfway and the ball was moved to Ibrahimovic and then on to an unmarked Mkhitaryan, who could not find a teammate with his cross.

Liverpool were under heavy pressure on the hour mark, prompting the manager to send on Coutinho in place of Origi and switch Firmino to the centre of the attack.

The change almost paid instant dividends, as the No.10’s brilliant reverse pass into the run of his compatriot opened up freedom for a strike on the angle – only for De Gea to get down quickly and block.

As the game entered its final quarter of an hour, the visitors launched their latest breakaway and ultimately teed up Georginio Wijnaldum inside the area for a header that the No.5 couldn’t control and powered over the bar.

And their resolve was finally broken by the Red Devils with just six minutes of normal time remaining, when Ibrahimovic was found free and the Swede directed a header underneath the crossbar.