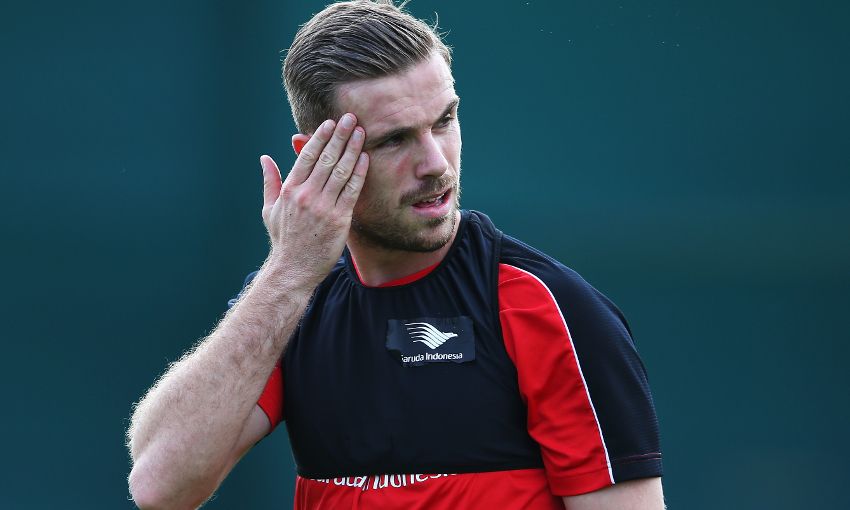 Jordan Henderson is determined to 'get back to my best' after what the Liverpool captain admits was the hardest season of his career to date.

The No.14 was restricted to 26 appearances during 2015-16 due to a series of injuries, and had to watch from the bench as the Reds were beaten in the Europa League final last week.

His attention is now on Euro 2016 and being involved in the tournament with England, having recently returned to fitness and clocked up 24 minutes against Turkey on Sunday.

The skipper told the Liverpool Echo: “The team at Liverpool have progressed very well this season. But for me personally, it’s been the hardest season of my career so far.

“But you have to go through them at times. You’re going to have injuries. Before that, I was quite lucky in that I didn’t really have any bad ones, and this season they’ve all come at once.

“But hopefully I’ll be stronger for it. I’ve come through it, and hopefully I can stay injury-free and get back to my best.

“It’s been a difficult season, but hopefully – touch wood – I can concentrate on playing football now, stay injury-free and just get back to playing the way I know I can. I want to help the team do well in the tournament.

“I worked very hard with the physios and fitness staff with Liverpool, and managed to get back quite quickly really. But I am still managing it, I need to make sure I take it day by day, and hopefully in a few weeks I am in a good place.

“It’s nice to be back. I felt good. It’s good to get some minutes under my belt to get that sharpness back.

“Now I’m looking forward to the next couple of games. Hopefully I can get some good training under my belt as well, but it’s good to be back.”