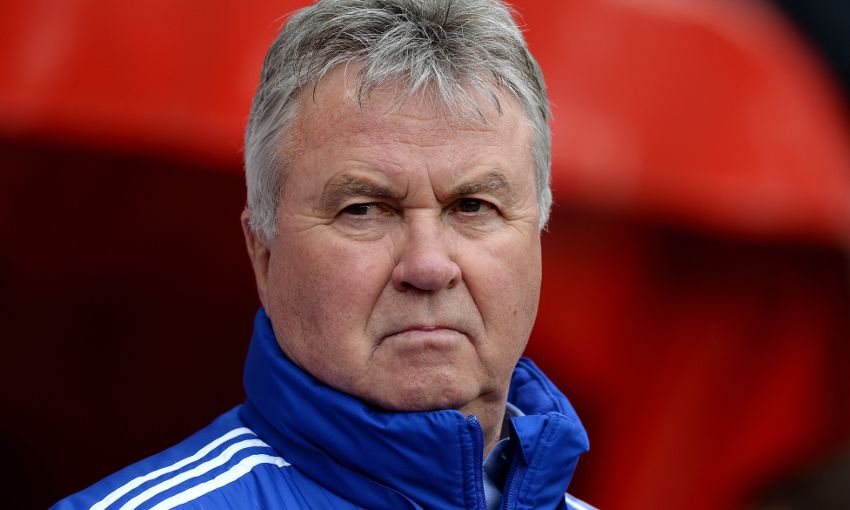 With Liverpool set to host Chelsea in the Barclays Premier League tonight, get a tactical lowdown on the final visitors to Anfield this season courtesy of guest writer Paul Wilkes.

Chelsea have endured a below-par campaign after winning the title last season, though Guus Hiddink has done a decent job of arresting the fall and results have improved since he took over as interim manager.

It is perhaps his different temperament to former coach Jose Mourinho which has helped galvanise a struggling squad, rather than any great tactical adjustments. However, there have been small tweaks from the Dutchman which have certainly aided their recovery.

The team still mostly plays in a 4-2-3-1 formation, but it’s the make-up of the midfield that is the most obvious difference. John Obi Mikel’s reintroduction has given Chelsea more defensive resilience, with the Nigerian and Nemanja Matic both natural destroyers in the holding midfield positions.

Mikel had only played 90 minutes once under Mourinho this season, in the Capital One Cup against Stoke City, whereas he has done so 17 times since the Portuguese manager’s departure. Hiddink has not always used the pair in tandem, with Matic rotated out of the team and Cesc Fabregas used in his place depending on the opposition.

Diego Costa has returned to form with 12 goals and seven assists in the last five months, in comparison to four goals and an assist in the four months prior. The Brazilian-born Spain international would be a huge test for Liverpool’s defence, with his combination of pace and power, if he is involved.

The last couple of weeks have seen Eden Hazard show the kind of quality that made him Player of the Year in 2014-15, as the Belgian appears ready for the European Championships. His chance creation and dribbling ability on the left is counteracted by Willian’s defensive contribution on the right hand side.

John Terry’s suspension and injuries to Kurt Zouma and Branislav Ivanovic mean that Matt Miazga is likely to partner Gary Cahill at centre-back. Miazga had a comfortable Premier League debut in the 4-0 win over Aston Villa, but struggled more in his second appearance for the club – the defeat by Swansea City – and was substituted at half-time.

The 20-year-old is strong in the tackle and good in aerial battles, although he does not look particularly comfortable against a mixture of speed and trickery. Cesar Azpilicueta and Baba Rahman will probably have less freedom to join the attack from full-back, as they will be needed to provide cover against Liverpool’s counter-attacks.