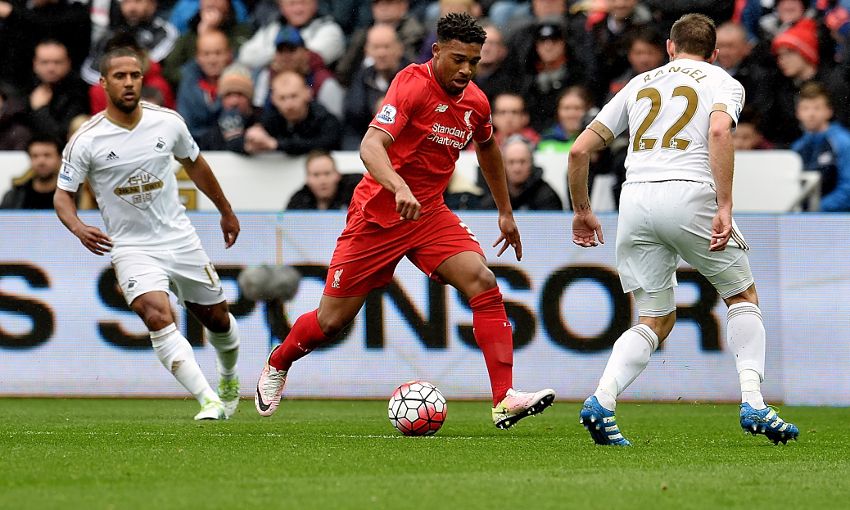 Liverpool succumbed to a 3-1 defeat against Swansea City on their return to Barclays Premier League duty at the Liberty Stadium on Sunday afternoon.

The home team dominated the opening 45 minutes in Wales and deservedly took a two-goal advantage into the interval courtesy of strikes from Andre Ayew and Jack Cork.

Substitute Christian Benteke threatened to start a comeback shortly after the hour mark with a header, but Ayew promptly struck again at the other end to secure the points.

The Reds played out the final stages with 10 men after Brad Smith received a second booking and there was no way back, meaning a first league defeat since March 20.

Jürgen Klopp made eight changes to the side that started against Villarreal on Thursday night, with only Nathaniel Clyne, Philippe Coutinho and Dejan Lovren maintaining their place. The captain for the day was Martin Skrtel.

Before the game kicked off, Swansea paid tribute to the 96 fans who lost their lives at Hillsborough and their families following this week’s landmark inquests conclusion, as Skrtel joined Ashley Williams in laying a floral tribute in front of the away section.

There was little action in the opening 10 minutes other than the rain steadily falling and when a half-chance did arrive for Daniel Sturridge, he clipped a volley wide from Jordon Ibe’s dink into the penalty area.

From then on it was all Swansea. Gylfi Sigurdsson shot too close to Danny Ward from a promising position, Ayew bundled through to skew off target and a last-ditch sliding block by Lovren deflected his next effort out for a corner.

But the home side’s pressure told in the 20th minute when the ball was subsequently whipped into the box and Ayew met the delivery with a header that flashed past the goalkeeper for 1-0.

Buoyed by their breakthrough, the Swans kept coming. Ward’s reactions had to be – and were – sharp to keep out a low blast from Cork, Jordi Amat headed over when he should have scored from a set-piece and Jefferson Montero’s near-post drive was thwarted.

They secured a second on 33 minutes, however, as Cork moved forward from midfield and shaped a curler from the left edge of the area that was placed perfectly past the reach of the ‘keeper and inside the far post.

Sturridge went close to reducing Liverpool’s arrears before the break but saw a chipped effort sail wide and Klopp’s men returned to the dressing room with plenty of work to do in the second period.

The manager made a double substitution ahead of the resumption – Benteke and Lucas Leiva replaced Coutinho and Pedro Chirivella.

And the Reds began to enjoy a greater share of possession, though without creating the clear opportunities they needed to turn the game around.

That changed in the 64th minute. Sheyi Ojo sent in a corner from the right and Benteke was free inside the box to provide a lifeline with a header into the bottom corner.

But Swansea responded almost immediately and Ayew was on target again to end hopes of a comeback, holding off Ojo’s attempts to clear the danger and clipping beyond a helpless Ward.

A frustrating afternoon for Liverpool was compounded further with a quarter of an hour remaining as Smith was shown a second yellow card and sent off.