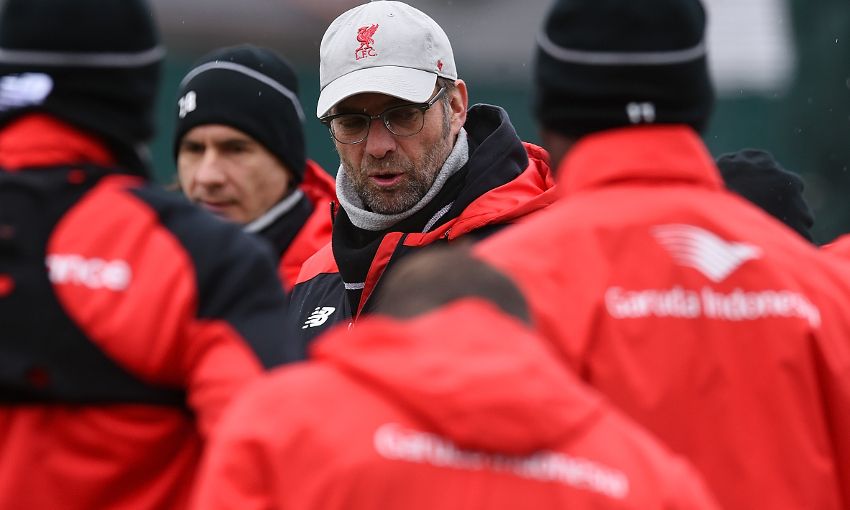 In his official matchday programme notes for the visit of Manchester United in the Europa League, Jürgen Klopp pays tribute to the way his team have bounced back after the Capital One Cup final setback.

The following is an exclusive extract from ‘This Is Anfield’: “I know, in the aftermath of the final defeat, there were a lot of questions about how we could respond to a setback and what impact it would have on the rest of the season.

“I said afterwards it is okay to fall down, but it is absolutely not allowed to stay down. We have shown, collectively, we are back on our feet with still plenty to play for and achieve.

“The league wins against City and Palace were both very different but equally pleasing. Winning against City seemed more spectacular because of the nature of the scoreline and the goals we scored, but the common theme in both wins was the character and togetherness of the players.

“If we are to achieve things here, we will only achieve them by doing everything together.

“The impact the subs made against Palace proves we have a squad that will fight together and look to win together. Phil Coutinho, Christian Benteke and Kolo Toure all played their part in helping the team turn one point into three.

“You could see afterwards how pleased everyone was for Christian in particular and I do want to highlight his impact and the strength of character he has shown in recent weeks.

“We have all had moments in our lives and careers where things are not as you would want them to be; the key in that moment is to work harder. This is exactly what Christian has done.

“The public saw the good moment at Palace, but we have seen what he has done on the training ground.

“This should serve as an example to everyone: keep working hard and make a contribution when the chance comes along. Teams who achieve success and win things have this mentality throughout the squad and the team.”

To subscribe and save 50p per programme, with free UK delivery, click here. To purchase a digital copy search for the Liverpool FC Programmes app or click here.