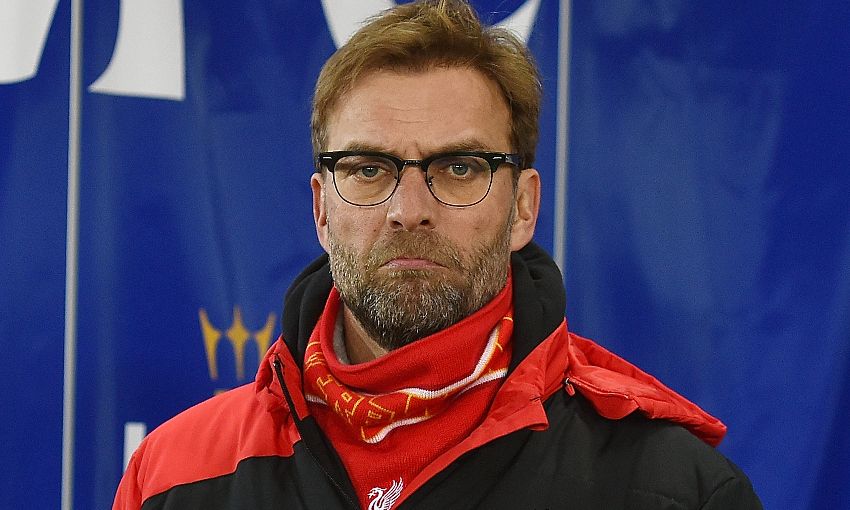 The Reds were undone by a second-half brace from Jamie Vardy at the King Power Stadium, the first an opportunistic long-range volley over Simon Mignolet and the second a poacher’s finish inside the area after Shinji Okazaki’s own effort deflected into his path.

Klopp was satisfied with certain elements of his team’s performance but admitted the clinical nature of the opposition was lacking in the visitors – and the contrast settled the game.

He said: “[Vardy] made the difference tonight. I think our plan was good, it was obviously good.

“We forced ourselves to play, we knew about their kind of defending; sometimes they had higher pressing and things like this. Then you can, and have to, play over the wings.

“We had time, we had the ball, we had opportunities in the box, but everybody could see we didn’t make the right decision often enough.

“The longer the game was, we didn’t get cooler and the decisions didn’t get better. That’s the problem. We had the ball in their box, we didn’t shoot and one second later, Vardy shot from 35 yards and the ball was in. That says most about the game.

“I don’t feel too good in this moment, because I know we lost and we have to accept it, absolutely no problem. But, I think, with a few things we would have done differently today, we could have won this game.

“If you can win a game, you should do it. We didn’t. So I need a few minutes to cool down.”

The clash with Leicester was the first of another hectic month for Liverpool in February, following on from their nine matches in three different competitions during January.

But Klopp rejected any suggestions that his team came up short in the intensity stakes against Claudio Ranieri’s table-topping outfit.

“Maybe the reason is we had six games more in January,” said the German.

“They [Leicester] had 10 days off and we had three games, so if we could have played at the same intensity, absolutely even, like them then I think they would have done something wrong.”