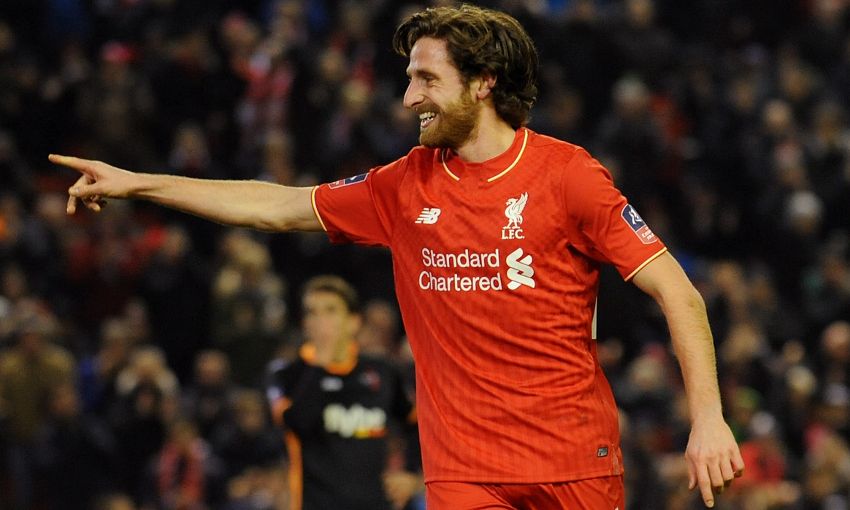 Jürgen Klopp says he never once doubted the quality possessed by Joe Allen, insisting an injury-free run was all the midfielder needed to inspire his recent strong run of form.

The 25-year-old has enjoyed a productive January with the Reds that saw him notch a late equaliser in a 3-3 draw with Arsenal at Anfield, net the opener in a 3-0 FA Cup success against Exeter City, and score the decisive penalty in the Capital One Cup semi-final win over Stoke City.

His efforts were rewarded when he was named captain of the team that faced West Ham United on Saturday - again in the FA Cup - and were unfortunate not to clinch a fifth-round berth without the need for a replay.

As such, when Klopp was asked whether Allen is proof of how fringe players can fight their way into the starting XI, he rejected that classification.

"For me, Joe Allen was always a first-team player," the manager told reporters. "He was not in the line-up a few times, that's true.

"But if I can go a few months back, when I came here he was with the national team, before that he was injured, he was not 100 per cent fit, but there was no doubt about quality.

"[He was] not 100 per cent in shape, not physically and not on the football side, but now he is and that's the best news.

"It's the next 'transfer' for us, it's really good to see. I like his style, he's very important for us, he shows what he is able to do and everybody knew it better than I did.

"I see it and it's really good to have him here. I wouldn't say he showed the possibility when you come in, he was always in, but he was not fit enough in the moment.

"Maybe the player sees this sometimes different, that's the nature of human beings, that's no problem, but now I think we both agree he is in really good shape."