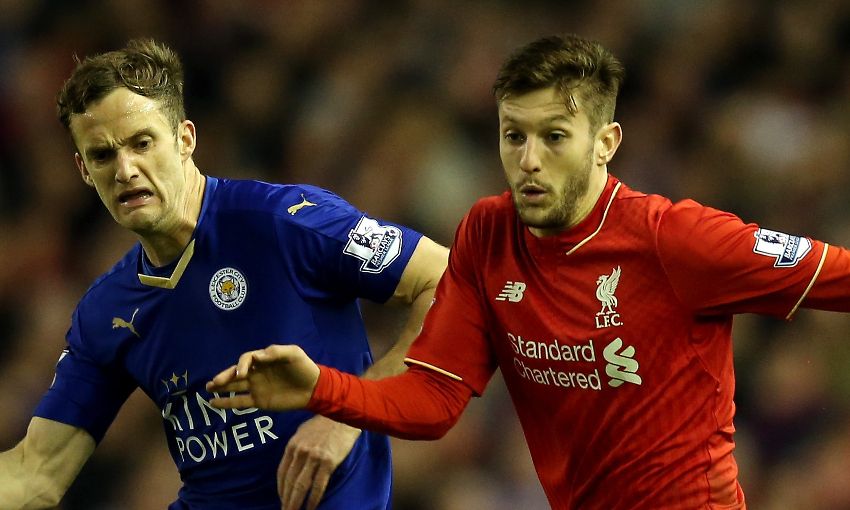 Christian Benteke struck just after the hour to secure a 1-0 success – the Reds’ first victory since December 2 and only the second time the Foxes have been defeated in the Barclays Premier League this term.

The hosts had gone into the game on the back of a four-match streak without a win in all competitions, but turned in a dominant display right from the off to deserved claim the spoils.

Afterwards, Lallana explained Klopp had spoken to his side about what he believed was required for their fortunes to change for the better.

The midfielder told Liverpoolfc.com: “The manager said before the game that maybe we needed to get back to fighting and working hard a bit more and the quality would come naturally, and I think you saw that out there.

“We all covered every blade of grass and the goal was eventually going to come – and it did.”

Lallana added: “It was a big win. We’ve had a few difficult results lately and we wanted to put on a good performance – not just get the result – and I thought we did that.

“We created a few chances in the first half and probably came in at half-time disappointed to be level, but we kept persisting and credit to Christian, who came on, put himself about and got himself a goal. The lads were all delighted for him.”

Benteke’s arrival into the action didn’t come until just before the 40-minute mark when he took the place of compatriot Divock Origi due to a hamstring injury.

The 20-year-old had started the contest in electrifying fashion, causing no end of problems for the Leicester defence, and Lallana admits that was part of the Reds’ game plan.

However, Benteke’s unerring first-time finish from a Roberto Firmino centre was ultimately what settled the tie in Liverpool’s favour.

“It was more about concentrating us on and playing a little bit better as a team,” said Lallana. “We played a few more percentage balls today and looked to capatilise on the space in behind them.

“I thought Divock started really well, was lively and was getting in behind, but unfortunately picked up an injury. Christian came on and did just as good a job and got the winner for us.”

Next up for Liverpool is their final game of 2015 – a trip to the Stadium of Light to face Sunderland on Wednesday – before they begin the New Year with an away clash with West Ham United.

“They’re two big away games,” Lallana acknowledged. “There are no easy games in the Premier League, it’s probably the toughest I’ve ever seen it.

“Week in, week out, they are very tough games and it’s exciting to be involved in. We’ve just got to make sure we’re at it every single game.

“Over this festive period we’ve got so many games and we just need to make sure we recover right, make sure we’re eating, drinking and training right, and hopefully go up to the Stadium of Light on Wednesday and get another three points.”