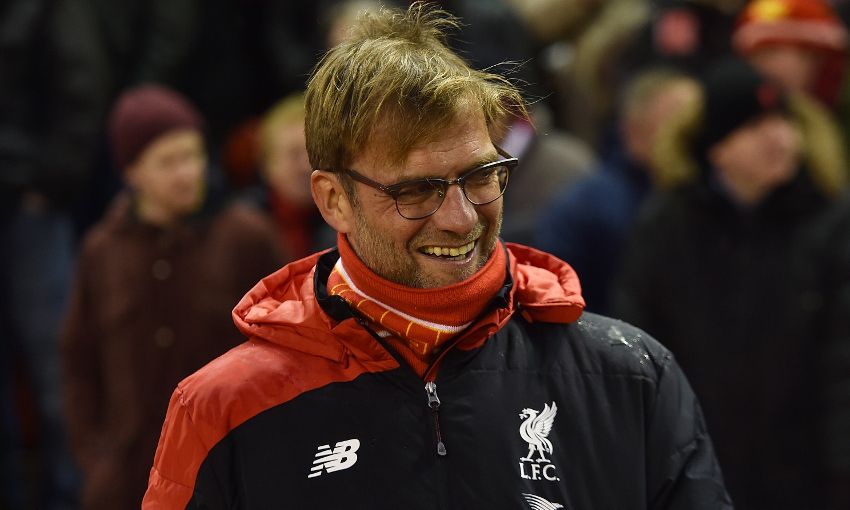 Jürgen Klopp was a 'true fan' of Liverpool even prior to taking charge of the club, Gerard Houllier has asserted.

Just over two months have passed since the German was appointed to the role, and he has wasted little time in winning hearts and minds at Anfield.

That comes as no surprise to one former Reds boss, who has come into contact with Klopp on numerous occasions over the years.

Houllier says the former Borussia Dortmund coach was always keen to hear of his own experiences of Liverpool and was a supporter of the club before taking on the manager's job.

“Jürgen has personality,” the Frenchman told the Daily Express.

“I know Jürgen from UEFA meetings and he has always liked Liverpool. He had a passion for the club.

"He was always talking about Liverpool; what we did, how we lived. I can tell you he was a true fan of Liverpool and he was following the results before going there."

Klopp has faced regular questions over bringing in players during his first transfer window with the club, but has remained coy over the possibility of January arrivals.

And Houllier is pleased to hear that, given that he believes the Reds are in a strong position to kick on in the coming months.

“I like what Jürgen said, ‘I am not going to sign anybody’. They are in the semi-final of the Capital One Cup, which could give a lot of confidence for the rest of the season," he continued.

“We saw that when we won and you saw that with Chelsea. When [Jose] Mourinho won that trophy [in 2005], he won the title on the back of it.

“Sometimes with a competition like that you get a sense of relief first because you win something and then it gives you confidence.

“I would not neglect that aspect of their season and they play the second leg of their semi-final at home. It is interesting.

“They are still in the Europa League too, and they have a role to play in that. That can bring them confidence.”

The 68-year-old, who famously masterminded the 2000-01 treble-winning season at Anfield, also praised the style of football Klopp is bringing to English football.

“In a way, he will bring something different. And the way he plays is a very modern way; high pressing, offensive football and quick transition," he added.

“I don’t agree with those who say the standard in the Premier League is not what it was. Because the pace of the game is so high and so intense, you sometimes think it is not as technical as maybe it used to be.

“But it is still entertaining. You don’t find teams trying not to lose, they go for a win."

Klopp: I hope we can continue to do Houllier's legacy proud