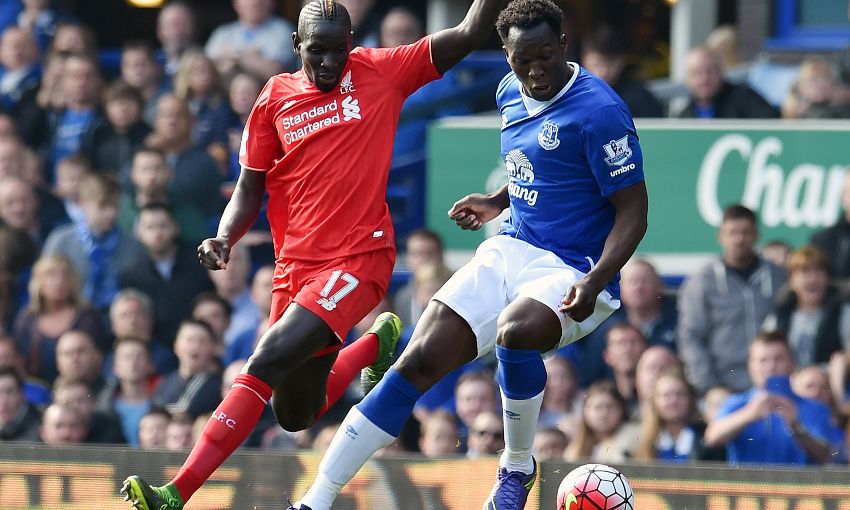 The 225th Merseyside derby ended with a point apiece as Liverpool drew 1-1 with neighbours Everton at Goodison Park on Sunday afternoon.

Danny Ings continued his fine form by breaking the deadlock late in the first half with a close-range header, but Romelu Lukaku responded with a well-taken equaliser before the referee could blow the half-time whistle.

Neither side relented in their quest for a winner but none was forthcoming and an entertaining edition of this long-running rivalry concluded with the foes level.

Brendan Rodgers named the same starting line-up that saw off Aston Villa at Anfield last weekend, with Daniel Sturridge back in the side to face a team he had scored against three times previously.

A lively opening was always assured and it was the visitors who crafted a series of chances before the Barclays Premier League contest could begin to settle into a rhythm.

Sturridge had two of them, initially moving in from the right flank and across the 18-yard line with intent before snatching at the eventual shot, which dribbled wide on six minutes.

The striker would surely not have missed moments later when Lucas Leiva placed a pass in behind to Martin Skrtel from a set-piece rebound and the defender squared in the direction of his teammate at the near post. Phil Jagielka’s awareness prevented a tap-in, though.

Skrtel himself was then left unmarked from the corner, swung in deep by Alberto Moreno, yet lifted his attempt over Tim Howard’s crossbar.

The Slovakian required treatment midway through the half, causing a short pause in proceedings, but carried on and the momentum at this stage was with the Reds.

Next, Howard thwarted James Milner as the No.7 completed a short-range one-two inside the Everton area with Philippe Coutinho and tried to plant the ball past the goalkeeper at his near post.

Simon Mignolet had been untroubled until this point but produced a vital and superb save in the 28th minute, clawing away a Steven Naismith header that was destined for the top corner after the Blues forward had leapt to meet Ross Barkley’s inviting free-kick.

The Belgian was at it again on the half-hour when a loose ball ran out to James McCarthy at the edge of Liverpool territory and was promptly launched back towards the bottom left corner. Strong palms ensured the score remained goalless.

But that changed in the 41st minute. Milner whipped another Reds corner right into the danger zone and Ings was waiting in the perfect spot to nod home a simple header and put Rodgers’ side ahead.

The Goodison crowd were not silenced for long, however, as Lukaku pounced on an opportunity in the first of three added minutes to lash a finish low into the net and restore parity in time for the interval.

There was a more stop-start nature to the match at the outset of the second half, though Mignolet did have to carefully deal with a couple of troublesome crosses fired along his six-yard box from the left wing.

And the Blues were often the team exerting more pressure, Barkley notably going close – but wide – with a dipping, swerving effort from distance as the game entered its final quarter.

Mignolet again kept Everton at bay when he punched away a blast from Lukaku, who was released in space to shoot courtesy of a smart flick around the backline by substitute Aaron Lennon.

Goalscorer Ings was replaced by Adam Lallana with 15 minutes remaining as the manager refreshed his attacking set-up in the search for a decisive moment.

But despite the best efforts of both teams, there wasn’t one, and the two fierce rivals took a point each ahead of the international break.