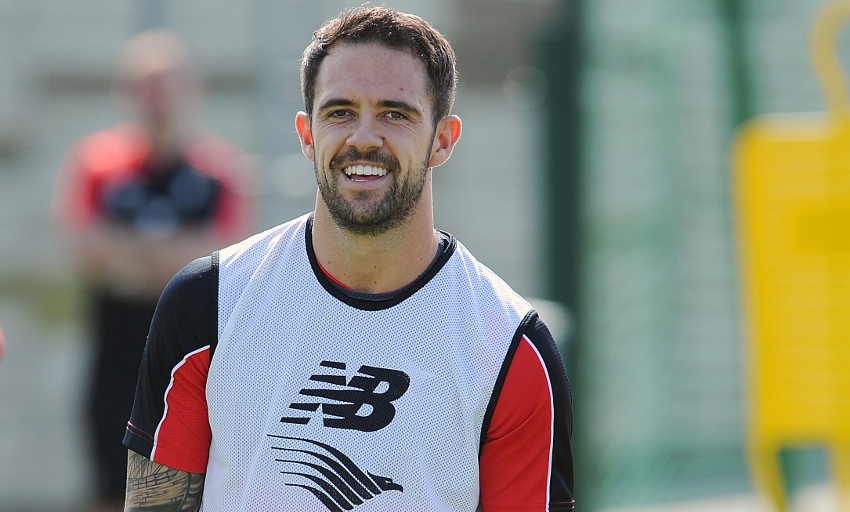 Danny Ings says spirits are high in the Liverpool camp after two wins from the opening two league fixtures of the season.

And, despite facing a wait for his competitive debut for the club, the striker has vowed to keep supporting his team-mates in any way possible as he readies himself to make the most of any chances that come his way.

The Reds followed up an opening day success against Stoke City by beating AFC Bournemouth at Anfield on Monday, making them one of just four teams to boast a 100 per cent record thus far.

Both victories have come by a one-goal margin, meaning the manager has often looked to shore things up late on, rather than introducing an extra striker such as Ings.

But that hasn't dampened the enthusiasm of the 23-year-old summer signing, who is simply delighted to see Brendan Rodgers' team make a strong start.

"As you can imagine, [the mood has] been fantastic," he told Liverpoolfc.com.

"Two wins from the first two games, two clean sheets, it's really important, especially after that first game at Stoke - there was that added pressure from last year [a 6-1 defeat on the final day of the season].

"Obviously I wasn't here but I could almost feel it.

"But the lads took it as any other game, we've been really professional in the first two games and we played some good football.

"I think it's really important to get the points on the board early doors and we've done that.

On his own wait for a first run-out, the former Burnley forward added: "Obviously it's frustrating not being able to get on and get a real feel of it.

"But at the same time you understand because if you're on the bench, you're not in the squad, or you're starting, it's important that we're a team going forward.

"Hopefully my time will come soon and I'll enjoy every moment."

Liverpool will hope to extend their winning start to the campaign against Arsenal at the Emirates Stadium on Monday.

Arsene Wenger's men tasted defeat at the hands of West Ham in their first game of the new season, but they have since beaten Crystal Palace and are sure, as ever, to feature in the shake-up at the top end of the table this term.

Ings has no fear of the Gunners, however, and insists that the Reds have 'more than enough quality' to claim all three points in the capital.

"With all due respect [to Stoke and Bournemouth], it's tougher opposition," he continued.

"They've got different ways of playing and the Emirates is a really tough place to go and pick up points.

"They've got some fantastic players. You look at the likes of [Alexis] Sanchez, for example, he's dangerous.

"It's important that we cut those players out of it, we work hard as a team.

"For me it's about what we do and how we prepare to give them problems, not worrying about what they can do to us."