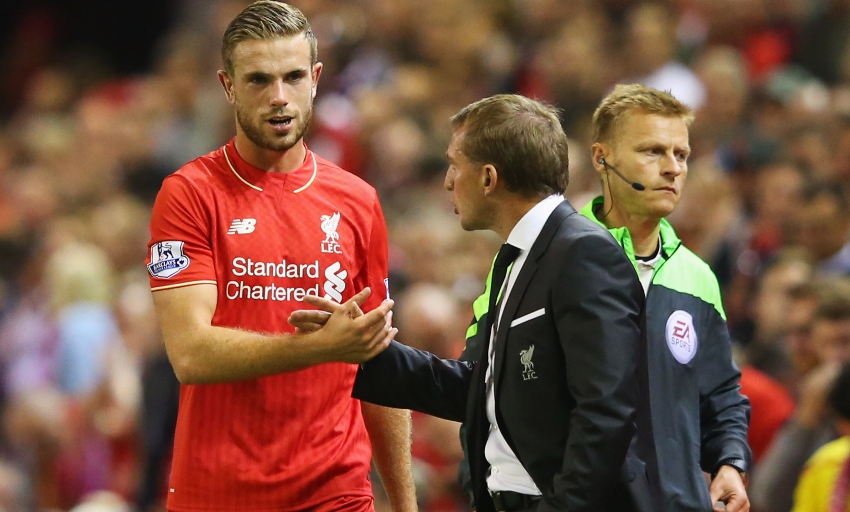 Brendan Rodgers revealed that Jordan Henderson was withdrawn during Liverpool's 1-0 victory over Bournemouth at Anfield on Monday evening due to a foot problem.

The captain was replaced by fellow midfielder Emre Can in the 52nd minute of the Reds' win against Eddie Howe's side, but did not appear to be in discomfort as he left the field.

However, Rodgers explained after the game that his skipper had done well even to make it into the starting line-up against the Cherries, having struggled with a foot issue during the build-up to the fixture.

"He's had a problem with the bottom of his foot," the manager told reporters in his post-match press conference.

"He hadn't trained for part of the week, he was taking some painkillers with it. He did ever so well to even be out on the field.

"He wanted to try it, he wanted to give it a go, but you could see he was limited in his running.