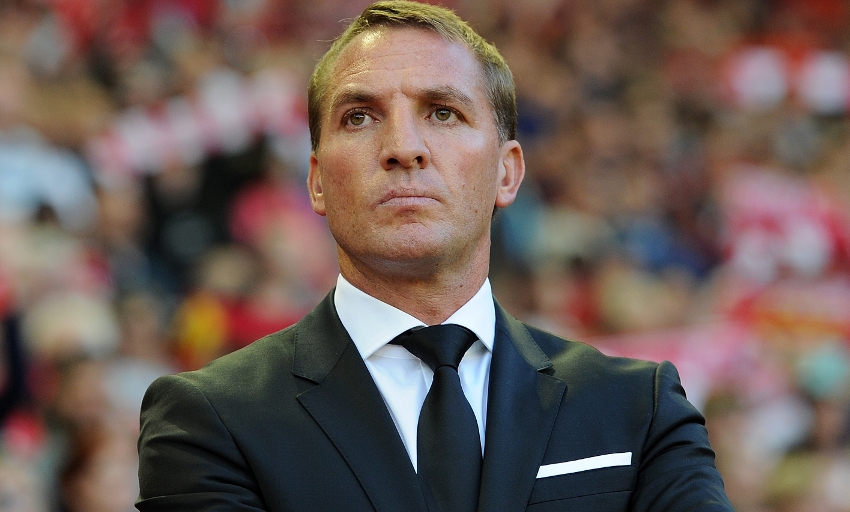 Brendan Rodgers believes Christian Benteke's match-winning display against Bournemouth on Monday evening highlighted the qualities that made him so keen to bring the striker to Anfield this summer.

The 24-year-old marked his home debut for the Reds with the only goal of the game, turning in a deep Jordan Henderson centre from close range midway through the first half.

It capped a fine night’s work for Benteke, who displayed his strength and power to compete with the visiting defence, while also demonstrating touches of finesse to lay the ball off to his teammates.

Rodgers enthused in his post-match press conference: “I thought he was a real handful tonight - you saw all the facets of his game.

“His hold-up play is outstanding, he’s got a wonderful touch for a big guy and you saw that this evening. He can help the ball on to areas, he can take the ball in, control and switch the game, his touch is good and you see him linking and combining.

“There was one moment when the ball came into the box – which is one of the reasons we looked to bring him in – and because of his strength and power, he tried to make contact with it. It dropped and we had a chance with Coutinho to then shoot.

“In my time here, that’s never really happened and the ball’s come in and maybe been cleared out, but because of his physicality and contact, he keeps the ball alive in a dangerous area of the field.

“That will really help and once the players get used to seeing and working with that, it’ll offer us more opportunities to score goals.

“It gives us a different dimension to our game, whilst looking to retain that philosophy to move the ball and get fluency. That will come and grow over the coming months.”

Liverpool were made to work hard for the three points by a Bournemouth team who showed no signs of being overawed by their first away day in the Barclays Premier League.

Nevertheless, Benteke’s strike means the Reds have picked up a maximum haul of points from their opening two matches of 2015-16 - and without conceding a goal.

“There are a lot of new players that have come into the club and it will take them a little bit of time to bed in. What we’re seeing is a character and spirit in the team and that’s going to be important for us.

“We know the qualities we have and we know as players find fitness at this stage of the season and get more game time, our game will become better.

“My concern at this period was showing that steel and determination to get results and to make a good start.

“I think last season it wasn’t until October when we got back-to-back wins, so to get that in the first two games is pleasing – but we still have a lot of work to do.”

He added: “You can see the guys are pressing and working very, very hard. Bournemouth are a team that will test you - they've come up and they're a good side. They open up the pitch and they want to play. But I thought our ability to press and win it high was good. The other side of control and domination of the ball will come.”

Rodgers was forced to make a change to his line up in the early stages of the second half as a foot injury forced Henderson from the field.

Emre Can was his replacement and the manager was delighted with the midfielder’s contribution, as well as that of fellow substitute Alberto Moreno.

“Emre gives good control to the game,” said Rodgers. “There are a number of players that are still looking for fitness, I think that's clear, but as they're building towards that it's important that they can make a contribution.

“Alberto Moreno came on [in front of] young Joe Gomez, who I thought was excellent [up against] Matt Ritchie, who's a good player.

“We felt that we wanted to put on a player on that side to support and help [Gomez] and I thought Moreno was excellent when he came on, as well as Emre.”

Rodgers was also eager to heap praise upon Bournemouth and the manner in which they approached the contest at Anfield.

He predicts their style of play will ensure they retain their top-flight status come the end of the campaign.

Rodgers said: “I think they're an excellent team. I had the same situation when I arrived at Swansea - we were [expected] right from the very beginning not to stay up.

“I think it was the first five games and we hadn't scored a goal, so everyone was wondering if we could score. Could we play that type of football to stay in the league? It ended up that we stayed in the league comfortably.

“I think Bournemouth will be the same - they've got some excellent players. They're going to lose games and they'll have big games - every game is a big game - but I've got every confidence that they'll do very well with the style of football that's going to give them an advantage.

“The players have been together for a long time and they've brought in some good players. These early games are obviously very tough, they're learning about the league, but I'm sure they'll do very well and stay up.”