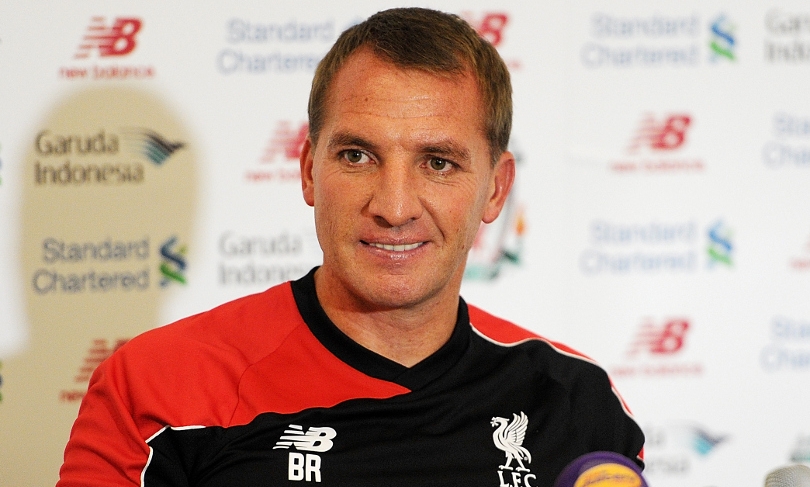 Brendan Rodgers believes confidence is key to Liverpool making Anfield a difficult place to visit for opposing teams throughout the 2015-16 campaign.

The Reds kick off their home schedule in the Barclays Premier League when newly-promoted Bournemouth travel to Merseyside on Monday evening.

And after starting the new season with a hard-earned 1-0 win over Stoke City at the Britannia Stadium last weekend, Rodgers' team will now be out to lay down a marker on home turf.

The manager knows the importance of starting well in that regard, having seen his team win just 10 of their 19 fixtures in L4 last term.

"I think building confidence early on is important," he said. "I think that's key in it.

"Getting the vibrancy around the stadium again, the level of football, and obviously winning - if you can do that early on that creates the confidence and it's something that I'm looking forward to seeing this team evolve with again this season.

"It's so, so important for you, your home form, if you're going to succeed and that's the aim for this season.

"Of course you want to learn and you review [last season] but the main attribute is confidence, it's the key facet.

"If you've got confidence that'll give you success and that confidence will come from working hard and getting victories at home, it's as simple as that.

"Our aim and intention in every game is to be on the front foot at home, we are a team that wants to dominate and that will always be the case, particularly at home."

The opening-day win over the Potters saw the Reds showcase their ability to dig in and grind out a result, rather than the free-flowing attacking football fans have become accustomed to in recent seasons.

But Rodgers believes it is vital for his team to be versatile and call on different strengths when necessary throughout the season.

"I think I said last time I spoke that it was about the unpredictability of our game," he continued.

"I think anyone who knows me well enough knows that I have a way of working that won't change, I've an inherent belief in terms of that.

"But I'm not dogmatic in my approach, I'm very much about finding the ways to win, finding the different solutions in the game.

"If a team presses you high then at times you need to go over the top of that press or you need to go around the press, however which way to win the game.

"So what we've done this summer is bring in good players that can give us that variety because sometimes you may want to work that way.

"If a team's pressing you high and you want to go in over the top of the press you might not have the type of player or profile of player that can help you do that.

"For me we've had a good summer in terms of bringing in players that give us all types of way to work but the core principles and ideas are fundamentally the same and in how I work, that doesn't change."

While Liverpool's tactical approach might change from game to game, though, the manager is adamant that the spirit among his squad must remain the same.

And he has revealed that a strong camaraderie is being fostered on the training field at Melwood.

"It's finding a common cause for the players to fight for, I think that's important," he added.

"The players that have come in are good people, they want to work well here at Liverpool and there are obviously ways myself and the coaching staff will find to do that.

"Any successful team you'll find that the spirit is strong and that's something that's key for us.

"A lot of that work was done on the training field, that's when you build your team spirit, your work and your winning in training.

"Then of course you'll do other social bonding, activities which give the opportunity for the players and staff to get to know each other as well.

"The main bulk of that work is done on the training field and creating cause for the players to fight for."

The boss also had kind words for his opposite number Eddie Howe, who has led the Cherries from League One to the top flight since taking over in January 2011.

"He's a good guy, Eddie. I've got to know him over a number of years and he's very much inherent in his belief in how he wants his teams to play," Rodgers explained.

"He's done an incredible job at Bournemouth and a game like coming to Anfield is why they've worked so hard.

"They find now that every game in the Barclays Premier League is a cup final.

"Whereas before when you work in the Championship, or League One, or League Two, when you play against a Premier League team there's a real buzz around the stadium - he will find that every game is that now.

"They've worked hard to get promoted, he and his squad thoroughly deserve it, the club deserve it.

"Coming to Anfield is what makes it special, they're coming to one of the most iconic grounds in world football and this is something that they'll look forward to.

"He's a good guy, he's done a good job at Bournemouth but he'll want to ensure that they stay in the league this season."