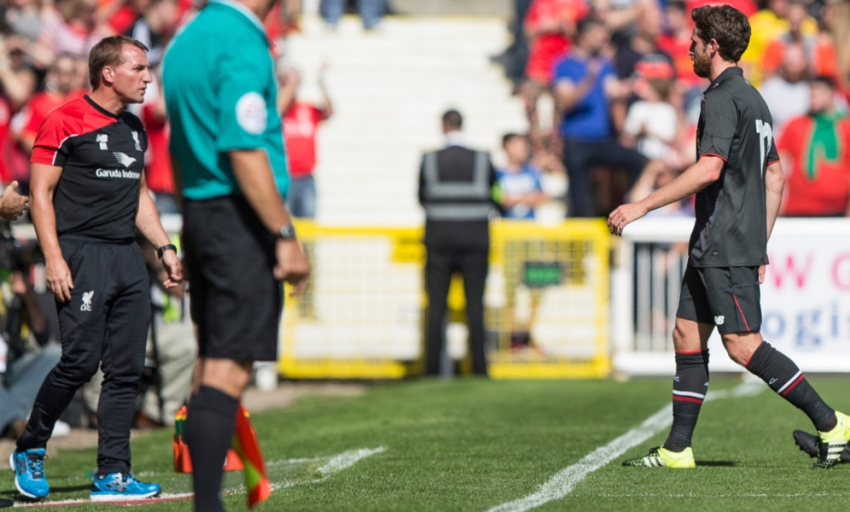 Brendan Rodgers revealed that Joe Allen will require a scan on a hamstring issue suffered during Sunday's friendly victory over Swindon Town.

The Welsh midfielder had to be withdrawn just 13 minutes into the game at the County Ground, which Liverpool won 2-1 to sign-off pre-season.

"I think Joe was his hamstring, unfortunately, so that doesn't look so good for us," the manager told Liverpoolfc.com.

"But we'll see how that is tomorrow when he has a scan."

Academy midfielder Pedro Chirivella was also affected by a late injury in the clash with the League One outfit.

Rodgers explained: "Young Pedro looked like he had bent his wrist and it looked a sore one. I'll see how he is in the changing room."