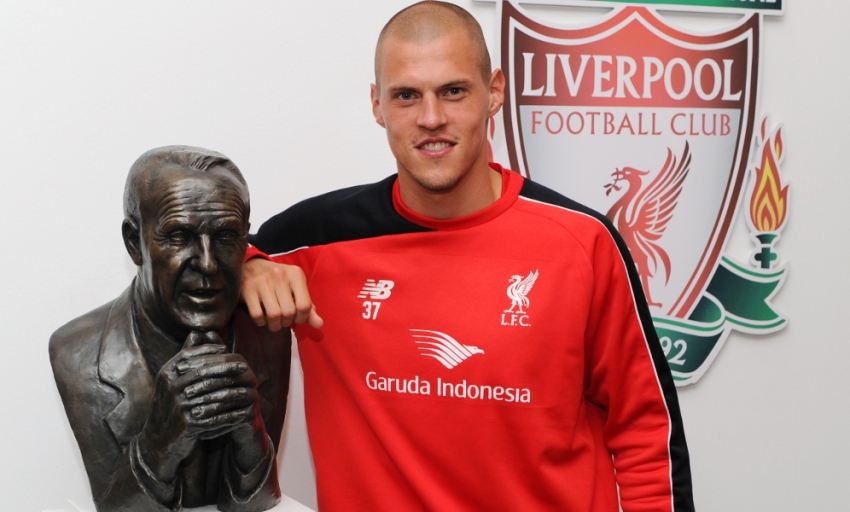 Gary Mac is back: His LFC story so far

Shortly after signing a new Liverpool contract on Friday, defender Martin Skrtel told Liverpoolfc.com why prolonging a seven-and-a-half-year stay at Anfield was always his priority.

The Slovakian centre-back briefly took a pause from the first week of pre-season training to put pen to paper on a fresh extension with the Reds.

Skrtel insisted it was a straightforward decision to make, given the affection he and his family feel for the city and his confidence in the side's prospects.

The 30-year-old also pondered the possibility of reaching a decade of service to the club and pledged that the team will be ready to hit the ground running in the new season.

Read on for a full transcript of Skrtel's interview, while LFCTV GO subscribers can watch the whole chat by clicking play below.

Congratulations on signing your new contract - how does it feel to have completed the deal?

It sounds like it was an easy decision for you...

It was easy. My priority was always to have a deal with Liverpool. I'm happy we have got the deal and have agreed everything and I've signed the deal.

Were you keen to get this done and dusted early in pre-season so that you can really focus on football going into the new season?

That's always important. When you have your head clear, you can focus and concentrate on your job, the football and the upcoming season. I'm glad I've signed the deal before the tour and now I can focus on doing my job.

Is it almost difficult to imagine yourself at any other club now that you have been here for so long?

Yes, seven-and-a-half years is such a long time and the priority was always Liverpool. There were rumours about me but there always has been, in every single transfer window, but as I have said many times, my first choice was always Liverpool and that's why I'm glad that I could agree terms with the club.

There's now potential for you to stay for a decade at Liverpool. Could you have imagined that when you first joined in 2008?

When I first came here in 2008, I didn't expect to be here for such a long time. But now I have signed and it could bring me to 10 years in Liverpool - that would be great. But at the moment, I'm not thinking about that; the main thing and most important thing is the upcoming season. We have to be ready, we have to get fit and be ready for the season.

Is that length of time that you've been here something you take a lot of pride in? Do you look at the likes of Steven Gerrard and Jamie Carragher, who stayed for such a long time, and you're kind of following in their footsteps?

Obviously I won't be here as long as those two, but if I can stay for 10 years it would be great. Liverpool is a great club and it was always my dream to play for a big club. In my eyes, Liverpool is one of the biggest clubs in the world, so my dream came true. I have enjoyed my time here and I hope I will do the same for the next few years.

At 30 years of age, do you think you're entering the best years of your career?

We will see... I hope so! Obviously I'm not 24 or 25 anymore but I can see the young players coming into the team and they push us to work harder, because we have to fight for a place. But that's only good for the football club and the team. I try to be as fit as I can and try to be ready to show that I'm the right player to start the games.

Do you take extra responsibility with each year here, passing on your wisdom and experience to the younger players coming through?

For the more experienced players, one thing is always to help young players to develop and show them if they need something. I'm happy to do that. There are a lot of young players in our team and a lot of talented players, so you try to help them and make it easier. That's our job.

Both personally and collectively, there must be a real buzz around the club? You've signed your new deal and some exciting signings have joined the club this summer...

Yes, we have signed quality players. Our team will be stronger than it was last season and we just have to show that on the pitch. We have got four weeks until the Premier League starts and we are working very hard every day to get fitness. Next we'll go on tour and we have some friendly games coming. We'll just try to be ready for the first game, which is Stoke away, and I believe we will be.

In terms of the squad's ambitions, there must be a lot of hunger there after last season? Is Champions League qualification high among the aims this season?

We played in the Champions League last season and if you play in it once, you always want to play in it. That will be the main target for next season, to get a Champions League place, and obviously in the Premier League to be as high as we can. We'll see, but I think if we go from game to game and try to get as many points as we can, it will be good for us.