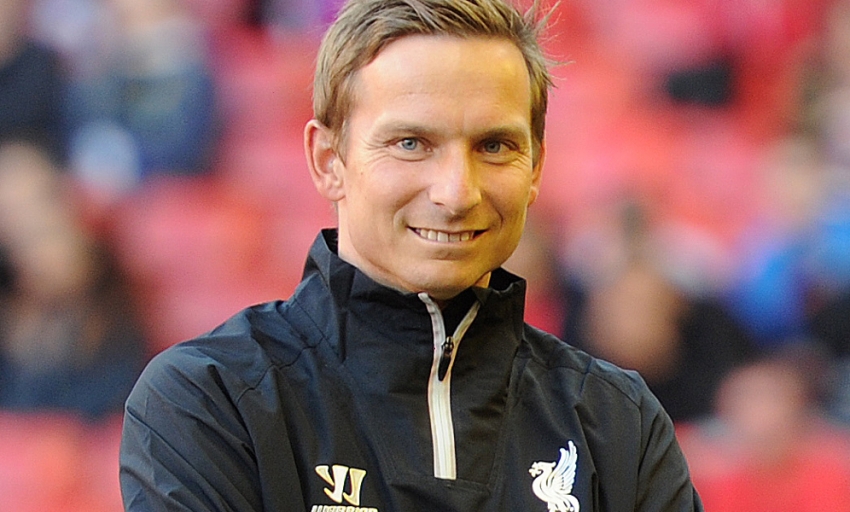 Pepijn Lijnders takes up the newly-created role of first team development coach at Liverpool after one season spent imparting his philosophy and particular approach to the game upon the club's U16s squad at the Academy.

Lijnders' impact since his arrival in August 2014 has prompted Brendan Rodgers to bring the highly regarded coach into the senior set-up to work closely alongside the first team.

The Dutchman will also continue to figure prominently in the development of elite young talent at Kirkby, as part of a restructured technical approach to coaching at the club.

On his new first-team duties, the 32-year-old said: "My main goal is assisting Brendan to implement a development programme, a programme that will non-stop stimulate the offensive individual capacities of each first-team player, but also give young talent the chance to develop to first-team standards."

Lijnders' promise was evident when he first took up a post at the club, with his CV already impressively stocked courtesy of five seasons at PSV Eindhoven in his homeland and a further seven at FC Porto in Portugal.

He had forged a strong bond with the staff and young players at Porto but admitted that Liverpool was one of the few clubs in Europe that could have tempted him to undertake a new challenge.

When the Reds did make a move to secure his services, though, the decision was ultimately 'a logical one' - with the dedicated coaches already in place in Kirkby, the passion of the supporters, and the city itself combining to present an undeniable opportunity.

A studious thinker and analyst of the sport, Lijnders' deep love of football is obvious from the moment that he begins to discuss the game and the areas which he feels are fundamental to improvement and success.

"Consistency in performance is only possible when there is performance consistently. And performance only starts with careful planning, preparing the team and individual development."

Much of Lijnders' work with the U16s focused on a bold attacking style, instilling a mindset that tasked his charges with 'intense, aggressive' pressing across the pitch and retrieval of possession at the earliest chance.

Fulfil those objectives and 'you can make a top team or top players look bad', is the 32-year-old's belief. He is also a champion of incorporating the Scouse mentality to provide further edge in competition.

As part of the next emerging generation of young coaches, Lijnders is acutely aware of the obstacles lying ahead in years to come as elite level defences become better organised and narrow the field of play further.

He adds: "The first team wants players who are able to open up games and speed up the attack. We are working on a daily basis, individually and collectively, on those offensive, productive, creative and attractive qualities.

"With guts, courage, faith and a great heart, we look for fast individual and collective actions to get behind the defensive line.

He will now aim to take on that challenge as part of Rodgers' new-look backroom team at Melwood, in addition to continuing his stellar work at the Academy.