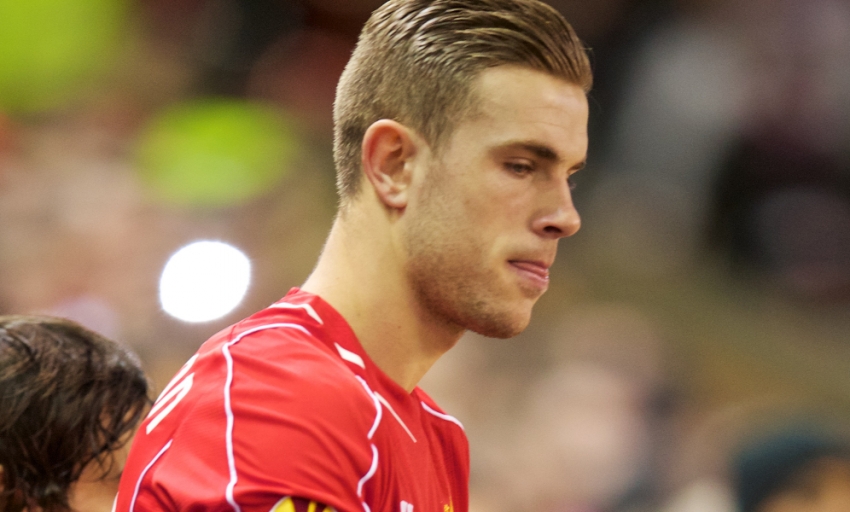 Brendan Rodgers has shared his delight with Jordan Henderson signing a new Liverpool contract – a deal that the manager considers a prime example of the club nurturing and retaining young talent.

The vice-captain today penned a fresh extension with the Reds to commit his long-term future to Anfield, explaining afterwards how staying here was always his intention.

In the four years since the midfielder initially arrived on Merseyside from Sunderland, he has progressed to become a mainstay of Rodgers' side and has skippered the team 18 times this season.

"We're obviously delighted, we have been talking for a little while now," Rodgers commented at his pre-West Bromwich Albion press conference.

"It's great news for the football club and for Jordan that he's going to spend the best part of his career development here at Liverpool.

"Obviously he is a big part of the plan going forward. So I'm delighted for him, delighted for the club and he can continue with his development."

The Northern Irishman continued: "I've always said that the likes of Jordan and Raheem [Sterling] are very important players for us.

"Behind the scenes, the club is working very hard to ensure that we sign these types of players.

"Because if the model is to develop young players, once they have improved and become better it is very important that you then nail them to the club and make sure that they're going to be here for the best part of their career.

"That was the case with Jordan. He came in and the club paid big money for him at the time because he had big potential and that potential has developed. He'll go into the next phase of that, being more responsible and improving his game.

"For the likes of Raheem, coming into the team and into the squad, his representatives will speak with the club and hopefully get that organised as well."

"There's no update on the two boys," came his response. "Their representatives are speaking with the club but I've got no update on it."

The disappointing Wembley defeat in the FA Cup semi-finals against Aston Villa last weekend leaves Rodgers' charges with just league football for the remainder of the campaign.

A final run of six fixtures begins with a journey to the Hawthorns to face the Baggies on Saturday.

Plans are already afoot for 2015-16, however, as the manager explained at length when quizzed on how much squad fine-tuning may be required in the summer.

He said: "There was obviously a lot of money spent last summer and a lot of players coming in.

"If you take the emotion out of last weekend, this was a team that probably overachieved last year; we weren't expected to get into the top four.

"That same team had a world-class striker in it and someone who was on fire in terms of Daniel Sturridge, who has the potential to be that when fit and playing.

"That team last year weren't deemed good enough for the top four, but we went on a great run and nearly won the title. Now with all due respect, we have lost those players.

"We have brought in some players because we needed to improve the squad and develop the squad. Where we sit now at this moment in time, we sit in fifth place, in the top five and reached two cup semi-finals - it is probably really on par with where we're at.

"The ambition is, of course, to be much greater and better than that, so we have to be planning forward. That means bringing in players in the summer and that's something that's well underway and we'll look forward to that.

"This year was an opportunity and I think next year will be an even greater opportunity for us again to kick on and keep improving."