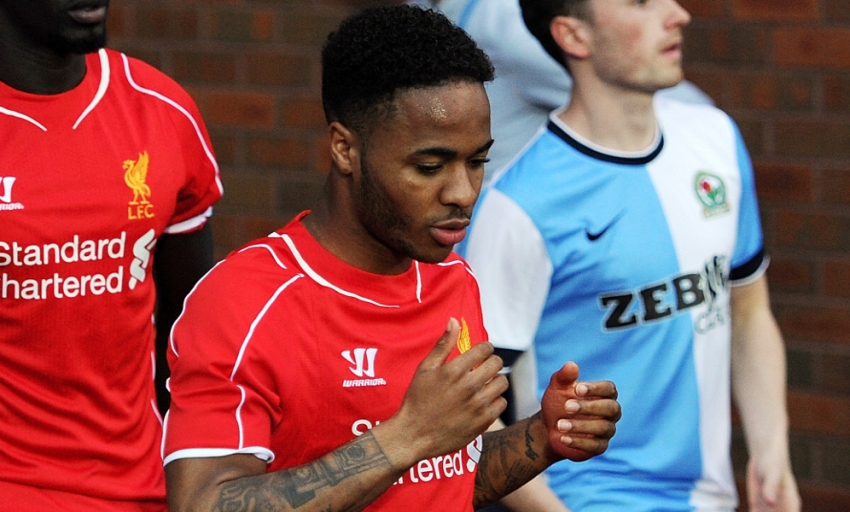 Raheem Sterling admits the prospect of representing Liverpool at Wembley is a 'dream', but insists no-one will be taking their eye off the ball when Newcastle United come to Anfield on Monday night.

The Reds secured a place at the national stadium for next weekend's FA Cup semi-final with Aston Villa courtesy of the midweek victory at Blackburn Rovers.

Naturally, the opportunity to visit Wembley is a source of great excitement for both fans and players alike, but Sterling is eager to outline the importance of making sure Brendan Rodgers' side are fully focused against Newcastle.

In recent weeks, Liverpool's top-four hopes have been dented by back-to-back Barclays Premier League defeats by Manchester United and Arsenal, but they must be ready to capitalise should there be any slip-ups from the teams ahead of them, explains the forward.

He told Liverpoolfc.com: "The semi-finals of the FA Cup don't come around too often for many players. It will be a dream come true for me, especially being from Wembley as well and growing up there.

"Everyone is really excited to be playing at Wembley; the atmosphere in the camp is really good. Hopefully we can go again against Newcastle, get the result and be fired up for next Sunday's game.

"We've just got to keep focused and block out the game at Wembley. It's credit to ourselves for getting there, but now we've got to block it, go into the next game against Newcastle and be 100 per cent.

"If we give our best there, anything can happen and it can be a really good week for Liverpool.

"It [the top four] is probably a bit harder than it was a few weeks ago. We were really close to it, but this is football and anything can happen.

"The teams in front of us could drop points and we can win games - that's football and is probably the best thing about the Premier League.

"We've just got to make sure we keep on our game week in, week out, try to drop as few points as possible and hopefully the teams above us slip up in a few games. I know that in the run-in, we'll definitely be right up there."

Liverpool's win at Blackburn lifted spirits after those losses to United and Arsenal.

Now Sterling is confident that buoyancy will be reflected in their performance on the pitch on Monday.

"There's a good atmosphere in the dressing room," explained the 20-year-old. "Obviously there were two disappointing results in the league before that.

"But it was really good the way the boys picked themselves up and you could see the performance on the pitch - everyone was running for the team and really wanted to get into the semi-finals. It's a real credit to the boys how well they did on the night.

"You'll see everybody really fired up [on Monday]. That's not to say they haven't been fired up all season, but it's given everybody a real lift. In the changing room afterwards, it was a really pleasing feeling for everyone - everyone was really excited.

"On Monday, everyone will be really up for it knowing they're one step closer to doing what we want to achieve in the FA Cup."

Newcastle will journey to Merseyside on a run of four consecutive Premier League defeats.

Last time out, they suffered disappointment in the Tyne-Wear derby, losing 1-0 to arch-rivals Sunderland at the Stadium of Light.

It's with this in mind, however, that Sterling predicts Liverpool will be coming up against a fiercely-determined Magpies outfit.

"They'll be fired up as well," he said. "Losing the derby will have been disappointing for them and they'll want to bounce back straight away. We've just got to make sure we're ready and not be complacent. We have to be 100 per cent focused on our game and I'm sure if we do that we'll win the game.

"I expect them to come here and fight, give everything. They probably haven't been in the best of form of late, but you know anyone who comes to Anfield wants to beat us. It's up to us on the day to perform to the best of our ability and try to get the three points."

Though refusing to allow himself to look any further than Newcastle on Monday, Sterling did grant himself a brief moment to explain what going the distance in the FA Cup would mean to Liverpool.

He said: "It would be a real dream come true. The club has been in and around the trophies in the last few years, we missed out on the league last year.

"Liverpool deserve something at the end of this season - the players are fighting to try to make that dream come true."