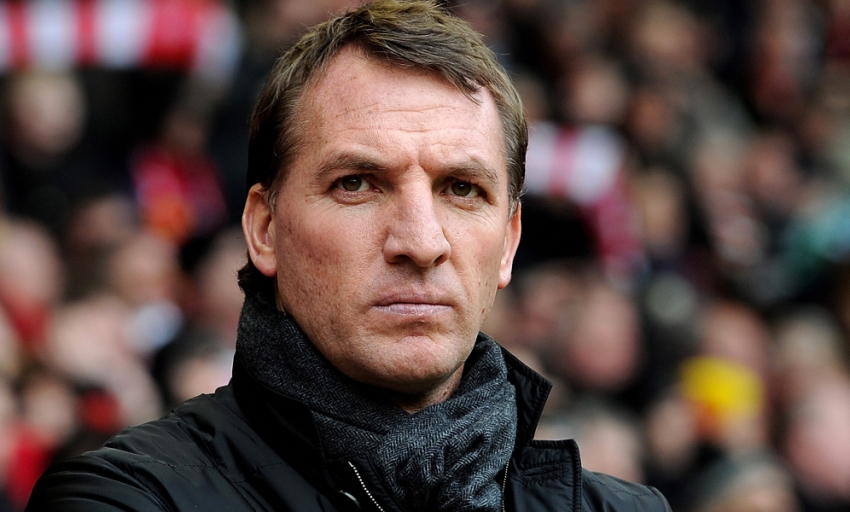 Liverpool will return to Barclays Premier League action against Swansea City at the Liberty Stadium on Monday night re-energised both physically and mentally, according to Brendan Rodgers.

Come kick-off in that game, the Reds will have not played a competitive match in the eight days since they were held to a goalless draw by Blackburn Rovers in the FA Cup quarter-finals at Anfield on Sunday.

A fixture-less week has been put to good use out on the training fields at Melwood as the players recovered from a demanding and draining run of games, which culminated in the stalemate against Rovers.

Liverpool had played three matches in the space of six days prior to the Cup tie, with victories over Manchester City and Burnley arriving in the immediate aftermath of Europa League exit to Besiktas in Istanbul.

"Our last performance against Blackburn was at the end of a real tough period of games," Rodgers told reporters gathered at Melwood for his pre-Swansea press conference.

"I've seen all the numbers and all the statistics on it and, physically, it was the lowest we have been for this season. Now we're re-energised and refreshed mentally and physically.

"We go into a run of games now, starting with Swansea, and we feel we can go in and push on in terms of our level of performance again. We know it will be tough.

"It's that period of the season where you taper your training. You don't need to be as long in your training and preparation as the players have got a real good level of fitness, so it's more explosive and more intensive, but in shorter blocks.

"The players have been brilliant this week. They're looking really sharp, looking really confident and we just want to continue with our sequence of performances and good results."

Rodgers knows prolonging such a sequence at the Liberty Stadium, where the likes of Arsenal and Manchester United have fallen to defeat this season, will be a tough ask.

The Northern Irishman spent two years in charge at the club, steering them to promotion to the Premier League in his first campaign before guiding the Swans to an 11th-place finish at the end of 2011-12.

"Swansea's a place that I have a great affinity for," said Rodgers. "I spent two years there and the football club welcomed me straight away. Huw Jenkins and the board were amazing for me. They gave me great freedom to work.

"And then outside of that, the people of the city and beyond were so welcoming for me. I had a wonderful time there. I have a great affinity and I like to see the club do well. They have been doing brilliant. They are very much an established team.

"I know as well as anyone that it's a very tough place to go. They've got great support. The pitch is normally wonderful. But they have had one or two results that they wouldn't have been pleased with. Either way we know it will be a very difficult game. But we're in a great moment."

Gary Monk was skipper of the club during Rodgers' tenure in charge of Swansea, but on Monday night he will be in the opposition dug-out, hoping to give the home crowd something to cheer at the expense of his former boss.

"Gary has been given an opportunity, deservingly," said Rodgers. "He's studied the game, he's played with the club right the way through all the levels. He was there when I was there as a manager.

"We would talk a lot on football and tactics. He's had a unique experience for a player, in terms of coming through all the levels, but also playing and working under different managers who have similar philosophies, different ways of managing and dealing with players and people.

"He's had the opportunity to see that and now he's gone in as a manager and is able to implement his own ideas with the experiences that he's gained. I think he's done remarkably well. He's going to go on and be an outstanding manager."

The Reds' unbeaten run in the Premier League since the turn of the year has propelled them to within two points of rivals Manchester United, who currently command fourth place in the standings, and will journey to Anfield next Sunday as the battle for a top-four finish continues.

"I think it's going to be very tight, of course," said Rodgers. "A number of the teams have been up there [at the top of the table] for a lot of the season. We've re-joined the race for that in the last three months. We're really looking forward to these remaining games now. Everything counts in the games.

"We just need to ensure we continue to be aggressive in our game and give everything that we have between now and the end of the season. The points total is all very close and very tight, but we just have to focus on the next game. We know we need to continue playing and working as hard as we have done."

Liverpool will attempt to match the club's record of six consecutive away clean sheets in the league when they lock horns with Swansea on Monday.

The Reds have won four of their last five away games in the league and have been in impressive form on the road throughout 2014-15, despite a testing start to the season.

"If you're a team that wants to do well, you have to be able to have that character, resolve and mentality to win away from home," said Rodgers.

"We've got great counter-attack speed when the space does open up and we've got technically-gifted players who can play in the spaces. We're in a good moment, but we respect it'll be a very difficult game at Swansea."