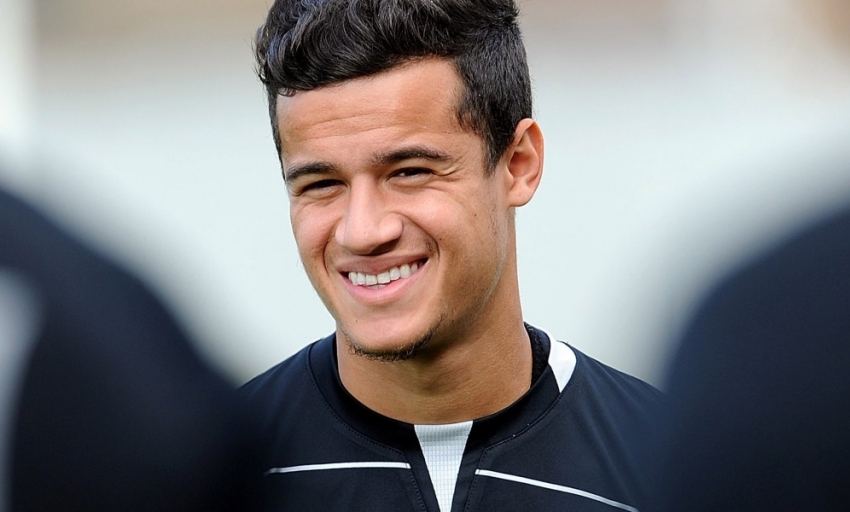 Pick up your City programme now

Philippe Coutinho is available to face Manchester City tomorrow but Liverpool will have to assess Jordan Henderson for the clash, Brendan Rodgers reported today.

Neither midfielder travelled to Turkey in midweek for the Reds' Europa League second leg against Besiktas, which was lost on penalties at the Ataturk Stadium.

Coutinho can line up against the reigning Barclays Premier League champions on Sunday lunchtime, however, though Rodgers' squad may otherwise be largely unchanged.

"It's going to be similar to what we had the other night," the boss said at his pre-match press conference today. "Young Phil Coutinho will be fine. But the rest will be as it was really.

"We'll assess one or two of the boys that have been out, like Jordan Henderson. We'll have a look at Jordan and see how he is."

It was a gruelling and ultimately disappointing night for Liverpool on Thursday as a second-half strike from Besiktas forced extra-time in their last 32 tie.

No further goals demanded a penalty shootout to decide the game, with Dejan Lovren the unfortunate man to miss with the Reds' fifth spot-kick.

A late arrival back on Merseyside after the match means a rapid turnaround before tackling City, but the manager insisted it is an encounter to be relished.

He explained: "The players that we had available were nearly all involved the other night. Of course it was always going to be difficult in terms of the preparation.

"You don't need to be a sports scientist to work out that if you arrive back at 4.30 on Friday morning and then you have got a game early on the Sunday, physically there is going to be a cost.

"But mentally, the players are in a good state and we'll look forward to the game."

Daniel Sturridge clocked up 105 minutes at the Ataturk before being withdrawn for Rickie Lambert ahead of the second half in extra-time.

"We just have to manage Daniel," he said. "He had given everything in the game. This is a player that is coming back from five months out injured, someone who is gaining his fitness in the games.

"We have to be really careful that he doesn't break; Daniel's history shows that he has got a past in terms of injuries. So we have to try to manage that the very best we can.

"There has been very little training between the games because they have to play, recover and then play again.

"He had given everything, he had no more left in his legs and we just needed to take him off to prevent him getting an injury while he was very tired."