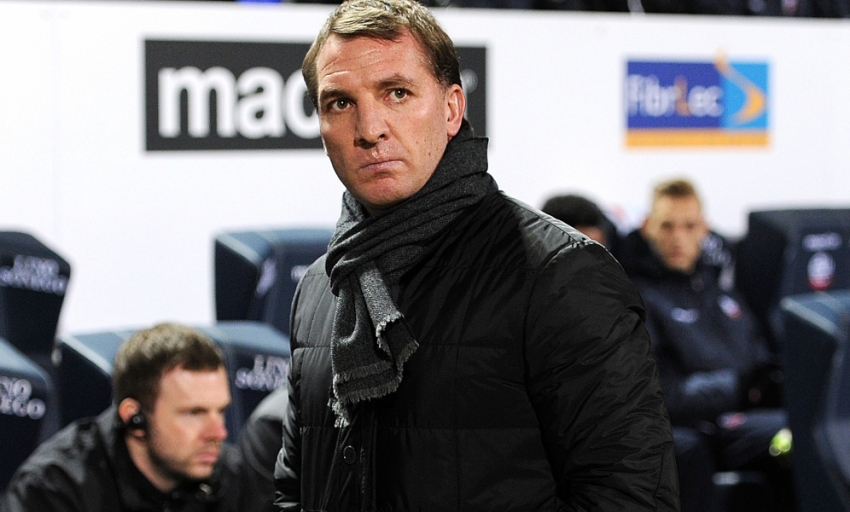 The winning habit that Liverpool have developed in recent months gave Brendan Rodgers faith that the kind of comeback which saw his side secure dramatic FA Cup progress on Wednesday night was possible.

Stunning late strikes from Raheem Sterling and Philippe Coutinho sent the Reds into the fifth round of the competition at Bolton Wanderers' expense in five breathtaking minutes at the Macron Stadium.

Eidur Gudjohnsen's penalty ahead of the hour mark had given the Championship outfit an advantage to defend on home soil, though their cause was damaged by a dismissal for midfielder Neil Danns shortly after.

The Reds piled on pressure for the remainder and, just as all seemed lost, Sterling poked in to equalise and Coutinho dispatched an outrageous, looping blast from long range into the top corner and prompted celebrations for the visitors.

Rodgers said after the final whistle: "I think it was justice, in all fairness. Even at 1-0, I expected us to win. The confidence of the team at the moment is very high.

"We had some chances in the first half and didn't quite take them. Then we went a goal down to what was never a penalty. But our composure and quality after that moment was very good.

"We scored two but could have had many more. But give credit to Bolton as well over the two games. Neil [Lennon] has done a brilliant job with his squad - they are very resilient and very hard to beat. They took us right to the very end, but it was a great win for us.

"We have a great habit at the minute, which is winning games. You can't question their character; they have shown in my time here that they have a really strong mentality.

"They might not have been playing or performing well, but certainly we needed to arrest the momentum that was going the other way after the Crystal Palace game.

"After that, we did that with seven points out of nine. But it was then putting something in place that was going to get us back operating how we have done. That momentum has now come the other way over the last seven to eight weeks.

"The team is back at the level technically and in the intensity of the game. It's pleasing because you can see the confidence and even at 1-0 down, we still looked like we were going to create and score goals.

"The players were magnificent tonight and you've got to give them a huge amount of credit. In a tough game away from home, 1-0 down, to come back and show that character and the quality of the goals was outstanding."

Awaiting Liverpool in the fifth round is a journey to face Crystal Palace at Selhurst Park, the scene of a disappointing 3-1 reversal for Rodgers' charges in the Barclays Premier League last November.

The Reds have been travelling along a steady upward trajectory since that low point and the manager embraced the opportunity to return there in search of redemption.

"It's a great thing," said the Northern Irishman. "We didn't play anywhere near the level, but that was the lowest moment of the season in terms of the performance level.

"We'll go back there very soon in a totally different frame of mind and at a different level of performance. Alan [Pardew] has lifted the club and the team since he's gone in there, but we'll go there with big confidence and look to keep performing at the level we're at."

Daniel Sturridge clocked up another 20-minute substitute appearance this evening in his comeback to fitness, which began with a goal against West Ham United last weekend.

At his post-match press conference, Rodgers was asked for the latest assessment on the No.15's condition and that of a handful of other players who featured in the replay with Bolton.

The boss said of Sturridge: "It's just managing that game time. He's a top talent. Obviously when he's fully fit, he plays - it's as simple as that.

"He's not at that stage yet, but he's a great player for us at the moment to come off the bench, and he is getting there every day.

"Lazar [Markovic] was just his back - it was a bit sore, but we'll assess that in the morning. Raheem is fine. I think he got a couple of heavy tackles against him tonight but he is very robust and strong. He'll be fine."