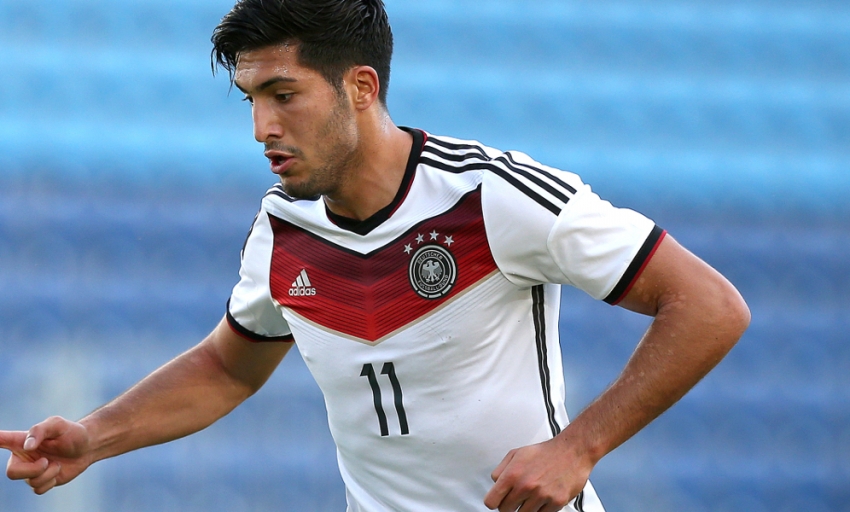 Borini: I want to prove I can help

If Emre Can continues the level of progress he has shown during the past 18 months, then Dietmar Hamann expects the German to graduate to international football in the near future.

There has been extensive reflection and analysis of the Liverpool man since he successfully took to the field as a substitute centre-back in the Boxing Day victory at Burnley.

Can's composure in possession, astute positioning, sense of timing and strength have allowed the No.23 to make a seamless transition into Brendan Rodgers' backline.

He started last weekend's win over Sunderland in defence before events demanded that the midfielder was moved further forward and, latterly, to a wider position.

Former Reds enforcer Hamann has been watching his compatriot's exploits with keen interest, having predicted that Can would shine when he arrived at Anfield in the summer.

The 2005 Champions League winner has already seen enough to expect that the 21-year-old may receive an international call-up from Germany soon - provided he maintains his current standards.

"There is big competition in Germany at the moment, especially in midfield," Hamann, who helped his country reach the 2002 World Cup final, told Liverpoolfc.com.

"[Bastian] Schweinsteiger is still around, you have got [Sami] Khedira, the Bender brothers. So in that position there are a number of players. There is huge competition.

"But he is a young lad and if he plays well for Liverpool, if he puts in the performances week in, week out that he is at the moment then I'm sure it won't be long before the manager gives him a call.

"I'm pretty sure, if he develops the way he has over the last two years and keeps doing that, sooner rather than later we'll see him in a national team shirt. He's a player that is needed in every team.

"He is physically strong, a good passer and technically gifted. Once one or two of the older players in the German team retire, I'm sure his time will come and we'll see him in a German shirt."

With Liverpool preparing to tackle Aston Villa in the Barclays Premier League tomorrow, Rodgers spoke glowingly about Can at his pre-match press conference on Thursday.

He is 'multi-functional', according to the Northern Irishman. Hamann agrees and has not been surprised by the speed with which the midfielder has settled in England.

The popular German continued: "I have not been surprised because I know what he's got to offer. He is a very technically gifted player, a very good passer of the ball with very good vision.

"He has got a good eye for a pass. He found it hard when he first came here, because football is different in the Premier League - I experienced that myself.

"You have seen it with other players; it takes a few weeks and months to adapt. He has had that time now and is showing what he is made of and what he can bring to the team.

"He is a versatile player, he played in various positions for Leverkusen last season and that is why he has made such an impact playing in the back three. But, moving forward, I think the holding role in defensive midfield is probably his best position long-term."