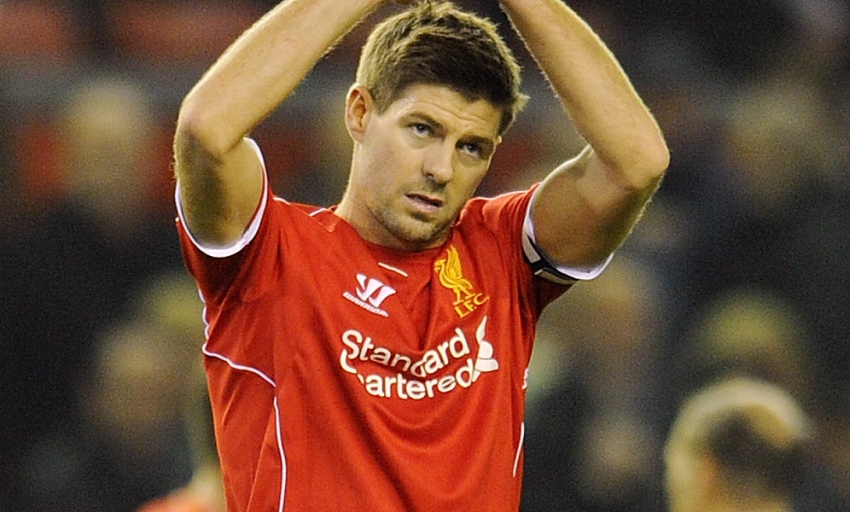 Brendan Rodgers admits it is an 'impossible task' to find the words to sum up Steven Gerrard's Liverpool contribution after it was confirmed the midfielder will leave Anfield at the end of the current season.

The captain will bring the curtain down on a 17-year Reds career at the conclusion of 2014-15, and will seek a new adventure at a foreign club as he continues his playing days.

Following the announcement, Rodgers paid a personal and heartfelt tribute to Gerrard.

The manager said: "It is almost an impossible task to find the words to appropriately sum up Steven Gerrard and his importance to Liverpool.

"This is an era where the word 'legend' is vastly overused, but in his case it actually doesn't do him justice.

"From a personal point of view I will always have gratitude for the support he gave me, when I arrived here as manager.

"Steven came to see me and promised he would be 100 per cent behind me and do everything he could to help as we looked to introduce new ideas and a new way of working.

"He wasn't just true to his word, he vastly exceeded it.

"As a player he is immense and the influence he has on games should never be understated. At times he has carried this club on his back and in my time here he has always shown the ability that has rightly seen him be regarded as one of the world's best for well over a decade.

"As a leader and as a man, he is probably incomparable to anyone I have ever worked with.

"He takes professionalism to a new level and the dedication he has to his work is an example to everyone in the game.

"He is also someone who has always put the club and team ahead of himself and I think that will ultimately be his legacy.

"People better placed than me to judge have said Steven is Liverpool's greatest ever player; when you look at the company he is in, that is some statement.

"We of course will miss him, both on the field of play and in his capacity as club captain, but his influence will live on and we wish him nothing but joy and success wherever he chooses to go next.