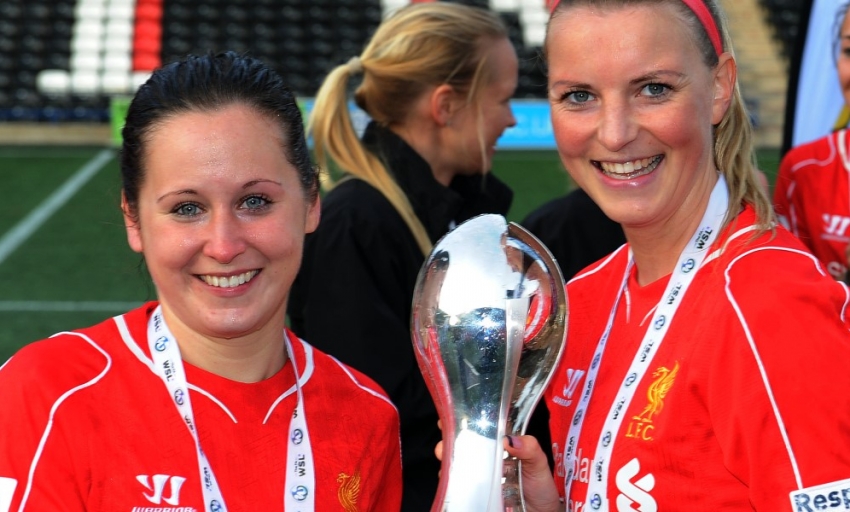 Winger Rolser has extended her deal with the Reds after making a successful return from a cruciate ligament injury towards the end of the 2014 campaign.

After sustaining the problem in pre-season, she returned for Matt Beard's side to play an important part in the title defence, scoring on her comeback in the 3-3 draw away to Arsenal Ladies in October.

Rolser commented: "I am absolutely thrilled to have committed my future to Liverpool Ladies. We had another brilliant season last year and hopefully we can have another successful year in the 2015 season.

"The support I received from the club's medical staff when I was injured was fantastic and enabled me to return as quickly as possible to play a part towards the end of last season."

Full-back Schroder has also agreed an extension to her existing contract following another fantastic season in defence for the Reds, helping them to claim seven clean sheets in their 14 Women's Super League games.

She said: "I am delighted to have signed a new contract with Liverpool Ladies. I have really enjoyed my two years at the club and hope to have many more successful seasons here.

"The team spirit here has played a crucial role in the two Women's Super League triumphs and was another key reason why I chose to continue my football at Liverpool."

Ladies manager Beard also shared his delight at securing the future of the two players: "I am absolutely delighted that Nicole and Corina have decided that their future lies with Liverpool Ladies.

"Both players have played an invaluable part in both WSL title victories and will continue to be key players in my squad."