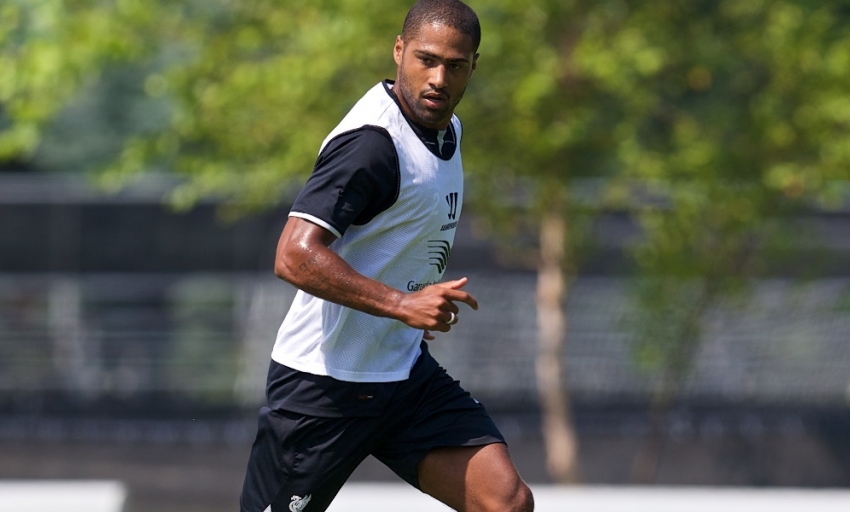 Glen Johnson has been using a rare international break at Melwood to get to know some of Liverpool's up-and-coming Academy talents.

A regular for England since he arrived at Anfield in 2009, Johnson has almost always travelled with the Three Lions squad either to Wembley or destinations around the world during such international intervals.

However, Roy Hodgson's recent call to compete in Euro 2016 qualifiers against San Marino and Estonia came too soon for Johnson, who was still in the process of recovering from a thigh injury sustained against Manchester City in August.

The 30-year-old did, however, bring a period on the sidelines to an end against West Bromwich Albion on Saturday, coming on in the 64th minute to help his side close out a crucial 2-1 victory in the Barclays Premier League.

Jordan Henderson, Adam Lallana, Rickie Lambert and Raheem Sterling all departed for St George's Park on Tuesday, while Johnson reported to Melwood to meet a mixture of first-teamers and Academy prospects.

"It is strange for me as I've not been too used to it - I'm normally away," Johnson told Liverpoolfc.com.

"It's different. I'm training with the Academy lads and some players who I've never met before. It's good and it's different - of course, I'd rather be away on international duty.

"But we've got some fantastic players and it's good to see that. It's good for them to step up and train with some members of the first team. It's a different situation, but it's good for everyone."

Johnson looked comfortable against the Baggies at Anfield on Saturday as he emerged from a near six-week lay-off to replace Javier Manquillo at right-back with the home side seeking to build on, or at least maintain, a 2-1 advantage.

In the end, it was an important win, albeit by a one-goal margin, which meant spirits were raised heading into the international break on the back of an indifferent start to the 2014-15 campaign.

For Johnson, a 26-minute cameo brought a similar boost - and he's keen for more minutes, insisting: "My body feels good. I just need some game time.

"We've got a practice match here at Melwood today, so it would be good to get a good 90 minutes in there. Other than that I feel good. You're inside doing the stuff you don't really want to be doing. But I'm through that now and hopefully I can stay out on the pitch much longer.

"I just want to take it week by week. I'm back out on the pitch now and I want to stay fit and well and get back into the team and put in some good performances."