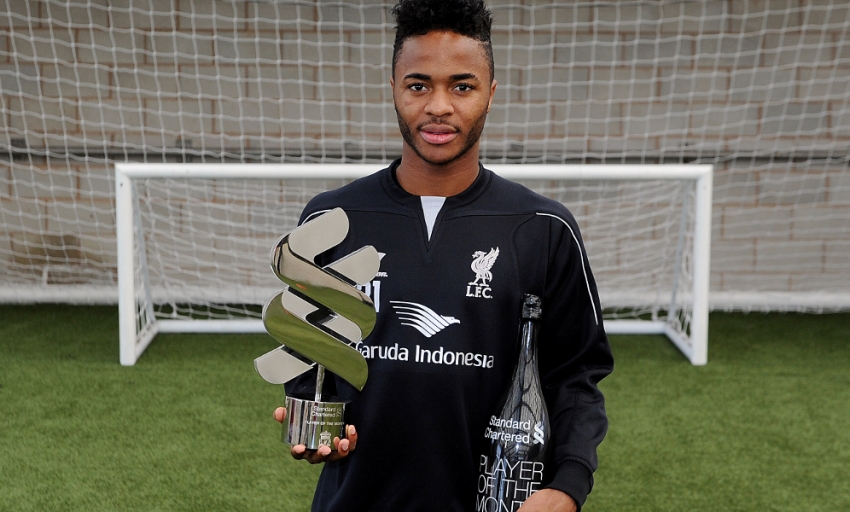 Raheem Sterling's stand-out performances throughout August have been rewarded with the Standard Chartered Player of the Month prize, as voted for by Liverpool supporters.

The winger picked up where he left off last term by scoring twice in the Reds' opening three Barclays Premier League fixtures of the season.

Sterling pipped Jordan Henderson, Joe Allen and Simon Mignolet to the accolade after a fans' vote on Twitter.

Upon being presented with the trophy at Melwood, Sterling said: "I'm really pleased to have got the award.

"It's been a tough start, but hopefully we can get some wins under our belt and continue going forward like we did at the end of last season.

"The games have been coming thick and fast and we've had to be mentally prepared for each and every one. We're taking it in our stride and hopefully we can get some wins going now."

Watch our full presentation with Sterling for free by clicking play on the embedded video below.